We are open and ready to support you. Check out how we are responding to COVID-19. 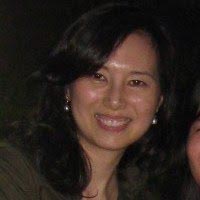 As a Canadian-born Chinese working in China, I am presented with a unique set of challenges that other foreigners don’t experience. Whereas the other foreigners stand out in a crowd, I blend in perfectly — that is — until I open my mouth to speak…and then I get confused stares. The locals can’t understand why I don’t communicate like the natives. When I explain that I am from Canada they become even more confused. I was asked on several occasions why I didn’t have blond hair and blue eyes — which is their vision of a “foreigner”. It is common for my other foreign colleagues (who happen to be “foreign-looking”) to receive stares and extra attention from strangers. In fact, they often encounter friendly locals (often in droves) who want to have their pictures taken with them. My colleagues have admitted to feeling like rock stars here in China.

Appearance-wise, I look like any other local here in China but on the inside lies a different cultural mindset than what appears to be, a vastly different background, education, and language. Being born and raised in Toronto gave me early exposure to multiculturalism unlike those who were brought up in the uniform culture of China. I consider English to be my mother tongue but I am also fluent in Mandarin Chinese. I was raised in the West with both Eastern and Western influences because my parents were originally from mainland China. You can take people out of China but you can’t take the China out of them. Growing up, we spoke a strange mixture of English, Chinese and even the occasional French. We celebrated Chinese festivals, ate Chinese food (although I preferred pizza, KFC and other “western” fare), plus my sister and I were forced to attend Chinese school on the weekends. I feel as if I am both “Eastern” and “Western” at the same time — a hybrid of sorts. I have been referred to as a “banana” before — yellow on the outside but white on the inside. But I’m not really white on the inside either…it’s more off-white.

I believe my unique position helps me to bridge the communication and cultural gap between the foreigners and the domestic staff in our company, Star Rapid. Our boss, Gordon Styles, is from the UK and manages his business in a western style. We tout that our company is the “Best of the West in China” which means we must uphold western standards of quality, customer service and expertise. Gordon has employed several key foreigners from Britain, the United States, Germany and Canada to contribute their knowledge, experience and skills to help our young company achieve its goals. We position ourselves to be the market leader in our industry operating in China. I have confidence that Gordon possesses the vision, the drive, the resources, and the insight to take our company to great heights.

I may not get rock star treatment here but I feel that I have access to something more important. I possess the knowledge and experience to promote cross-cultural understanding within the company. My goal is to improve the communication and harmony amongst the English speakers and the Chinese speakers to promote a happier, more constructive and peaceful work environment for all.

Corporate Social Responsibility In A Progressive Shop
Sign Up for Newsletter