How The Latest Innovations From NASA Will Affect Humanity

“For the benefit of all mankind.” The NASA motto is as ambitious as its quest to explore our vast universe. Since its establishment in 1958, NASA has created thousands of innovations which positively impact the lives of everyone, like solar cells, cordless power tools and freeze dried food. Let’s see what they’re up to now and how it may affect you in the near future.

The first thing to be 3D printed in space was created in late 2014, to replace a wrench that was left at home. Recently NASA and the American Society for Mechanical Engineers (ASME) sponsored the “Future Engineers Space Tool” design challenge for STEM students in public schools to create a part needed by the astronauts on the International Space Station (ISS). The challenge was to create something printable on the space station which would be light, strong, useful and easy to make. 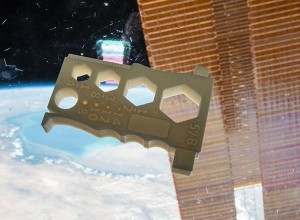 Here is the winning entry, floating on the ISS after the file was uploaded to their onboard 3D printer. Designed by high school senior Robert Hillan of Alabama, it’s a multitool for measuring, turning bolts and stripping wires. Optimizing part builds in a variety of environments – with and without gravity – will help to improve the technology so it’s more reliable and useful for everyone, everywhere. 3D printing is a unique manufacturing solution for the challenges of space exploration because it’s scalable, flexible and can make use of available resources found wherever we go.

Back here on Earth, additive manufacturing continues to improve rapidly. NASA is now testing a new fuel pump to be used on manned missions to Mars. 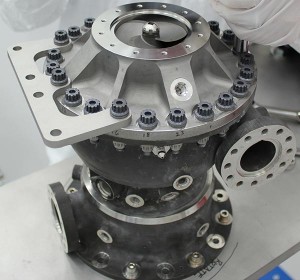 This pump is one of the most demanding products ever to be made using 3D printing. It’s lighter than its conventional counterparts with fewer moving parts, yet will perform well with super-cooled liquid fuels at high pressure – and so far it works great. This kind of 3D technology may well filter down to better pumps and turbochargers on multi-fuel vehicles in the future.

In recent times it has become possible to combine the wonders of 3D printing with the equally impressive qualities of carbon fiber. Now NASA is taking this to the next level by using a supercomputer to compile complex 3D modeling of the previously mysterious surface of individual carbon strands. 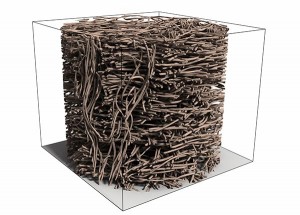 This image was composed of small-scale x-ray photographs and advanced computer modeling. It’s used to understand more fully how heat and stress is dissipated in carbon fiber during the heat of re-entry, or 3000° F. But this same approach will someday help to create more efficient heat sinks and shields for common household electronics or even ultralight and super-efficient outdoor sportswear.

NASA is scheduled to launch a human crew to Mars by 2025. To support any long-term mission there, they will need housing for the crew, laboratories and even a farm. But transporting so much building material from Earth would be too heavy and take up too much space. 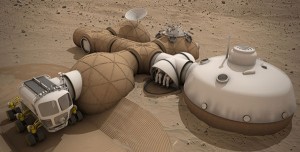 Instead, researchers are looking at how to construct living spaces using locally available energy and resources. Testing is now being done in harsh Earth environments that mimic those of Mars, like deep in the Mojave desert. These dwellings must be 3D printable, relatively simple and robust. Future explorations may take us to asteroids or the outer moons, so what we learn now can later be applied out there. And it’s easy to see that such structures would be a blessing to millions of people here on Earth living in arid conditions but without access to decent and affordable housing.

Part plastic, part metal, part ceramic – composites are creating new classes of materials with extraordinary properties. Usually an aggregate of small particles of different types of material held together in a matrix, like a glue or epoxy, such composites are now being tested for next-generation rocket boosters and other large-scale vessels that are very difficult and expensive to manufacture conventionally. 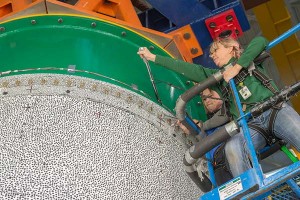 This mock-up of a fuel tank was made from composites and then compressed to the point of failure – more than 900,000 lbs! The polka-dot pattern allowed thousands of external camera sensors to map exactly how the barrel moved under load. This kind of structure may form the supports for future applications like offshore oil rigs and wind generators that are huge in scale but need to be light, easy to build and impervious to water and wind.  Composites are of course also showing up in all kinds of daily items like lightweight and strong sporting goods (think tennis rackets or surfboards) and fuel efficient airplane wings.

We love watching what NASA is up to. They’re always using the most advanced manufacturing around and giving us a glimpse of what will be possible in the future.

Additive and subtractive manufacturing, X-ray topography, carbon fiber and composites – all of these and more will continue to revolutionize how we make and build everything in the future.  3D metal printing is available at Star and ready to be used in all industries including aerospace and medical. If you’re ready to start your next project, talk to our team and get a free quote to see if 3D printing will help take your design to the next level.

All photos credited to www.nasa.gov.