With a progressive management structure, Star’s leadership team is here to bring the highest standards of professionalism and accountability to every strategic partnership. Gordon Styles started out his career in 1983, at the age of 18, as a machining apprentice at his Father’s ten person precision engineering company. By 21, after the death of his Father, Gordon became owner and Managing Director. After years of struggling in an economically backward and industrially declining area, Gordon discovered 3D printing and soon became a national fast-growth high-tech success story as STYLES Rapid Prototyping Limited.

In 2000, the renamed 73-person STYLES Rapid Product Development Limited was sold to Japanese rapid prototyper ARRK. Gordon then went on to found another more traditional engineering company investing most of the proceeds from the first company, but sadly it failed within a few years. Disillusioned with the direction that UK industry and politics was taking, and fearing a huge recession, Gordon decided to try his luck in China.

Founded as a 3D printing and CNC machining company in Hong Kong in 2005, and later in 2007 in Zhongshan China; Star Rapid has grown organically from a one-person trading company to a 300-person manufacturing company. Having appointed a full management board, Gordon works as President and CEO of the company.

The goal now is to transform Star Rapid into a global example of excellence in Lean Manufacturing and Industry 4.0. Elaine Du joined Star Rapid in July 2018 as the HR & Finance Director. Elaine is from Shaanxi Province and studied International Accounting at Jilin University of Finance and Economics. She relocated to Zhuhai in 2002 and received her MBA from Jinan University in 2016.

She has a wealth of experience working in foreign-owned enterprises helping to control budgets, reduce costing and streamline financial operations. She brings these same skills to Star Rapid.

In her spare time she goes to the gym and stays in shape with a private trainer. Elaine says, “Keeping fit has many benefits, but to me it’s more about reducing stress.” 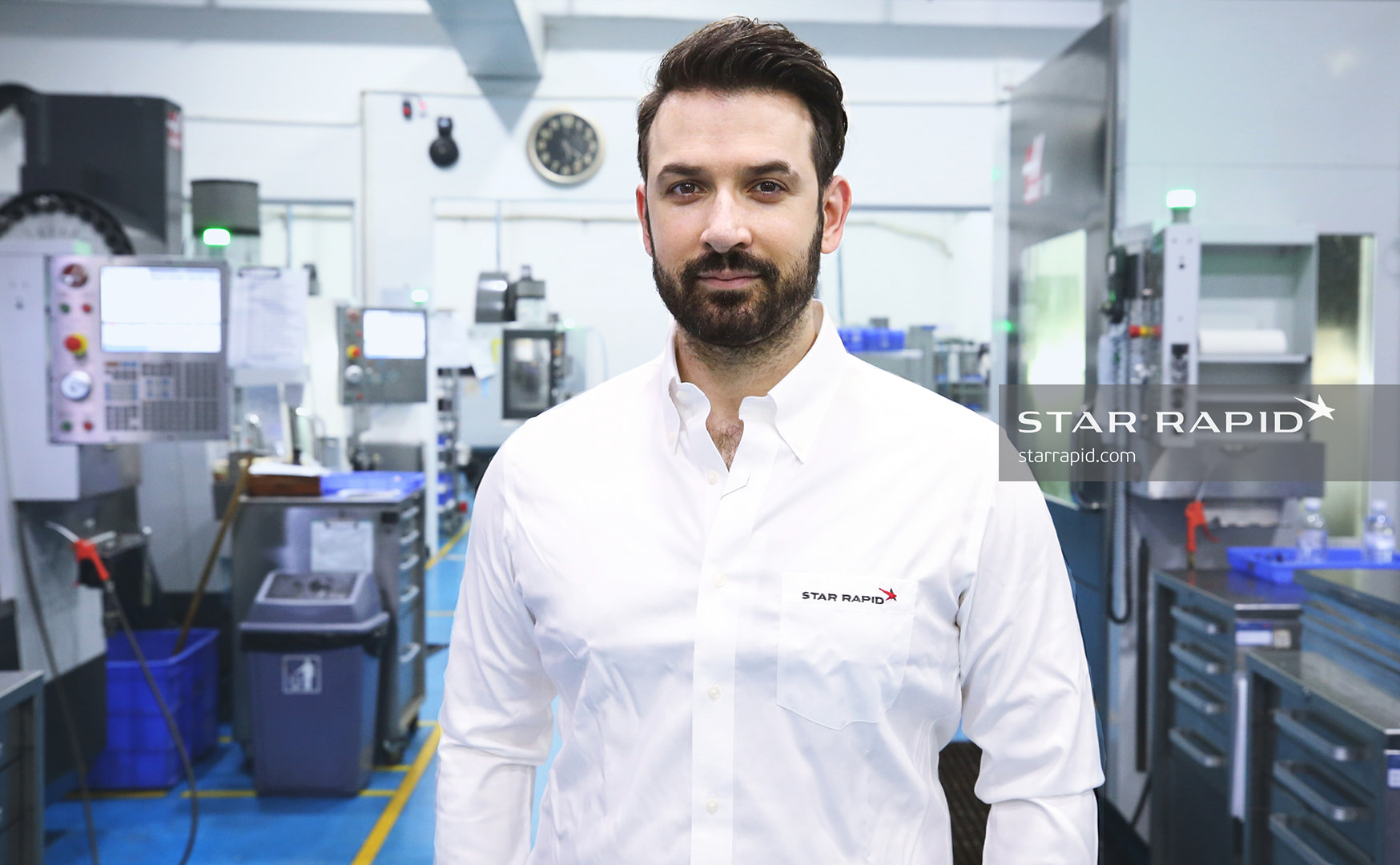 Michele is originally from Italy, and has lived in London, Munich, Beijing, and Shanghai. 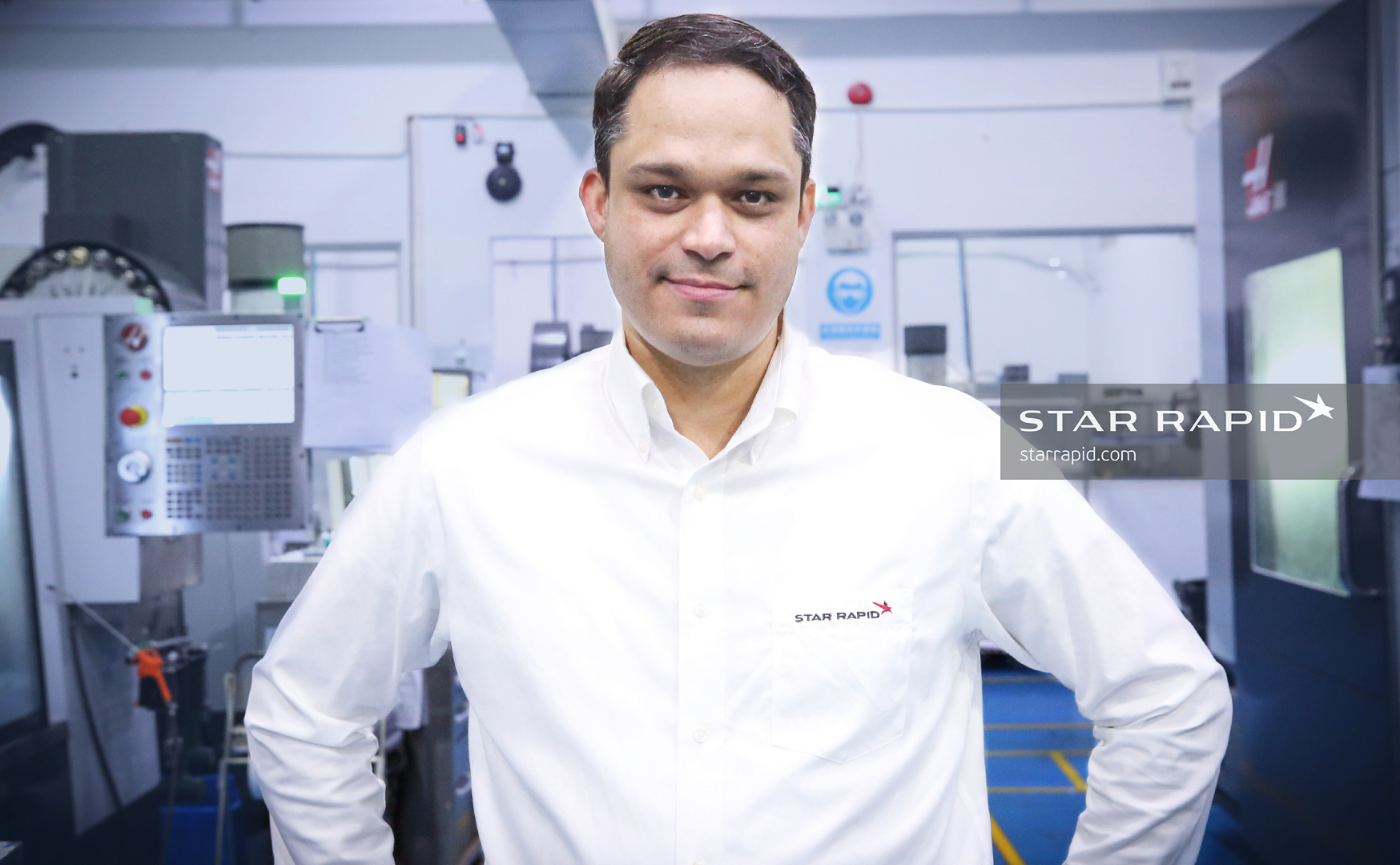 Jonathan has a long history at Star Rapid, having served for ten years as factory manager, general manager, and CEO. This places him in a unique position to understand our customer’s needs.

In 2018, Jonathan left Star to become an Industrial Fellow at the Department of Engineering at the University of Cambridge. In 2019, he returned on a part-time basis as part of the senior leadership team to mentor and motivate our technical sales team and support the company’s strategic planning process.

His mission is to continuously improve the customer experience through collaboration and the utilization of big data. 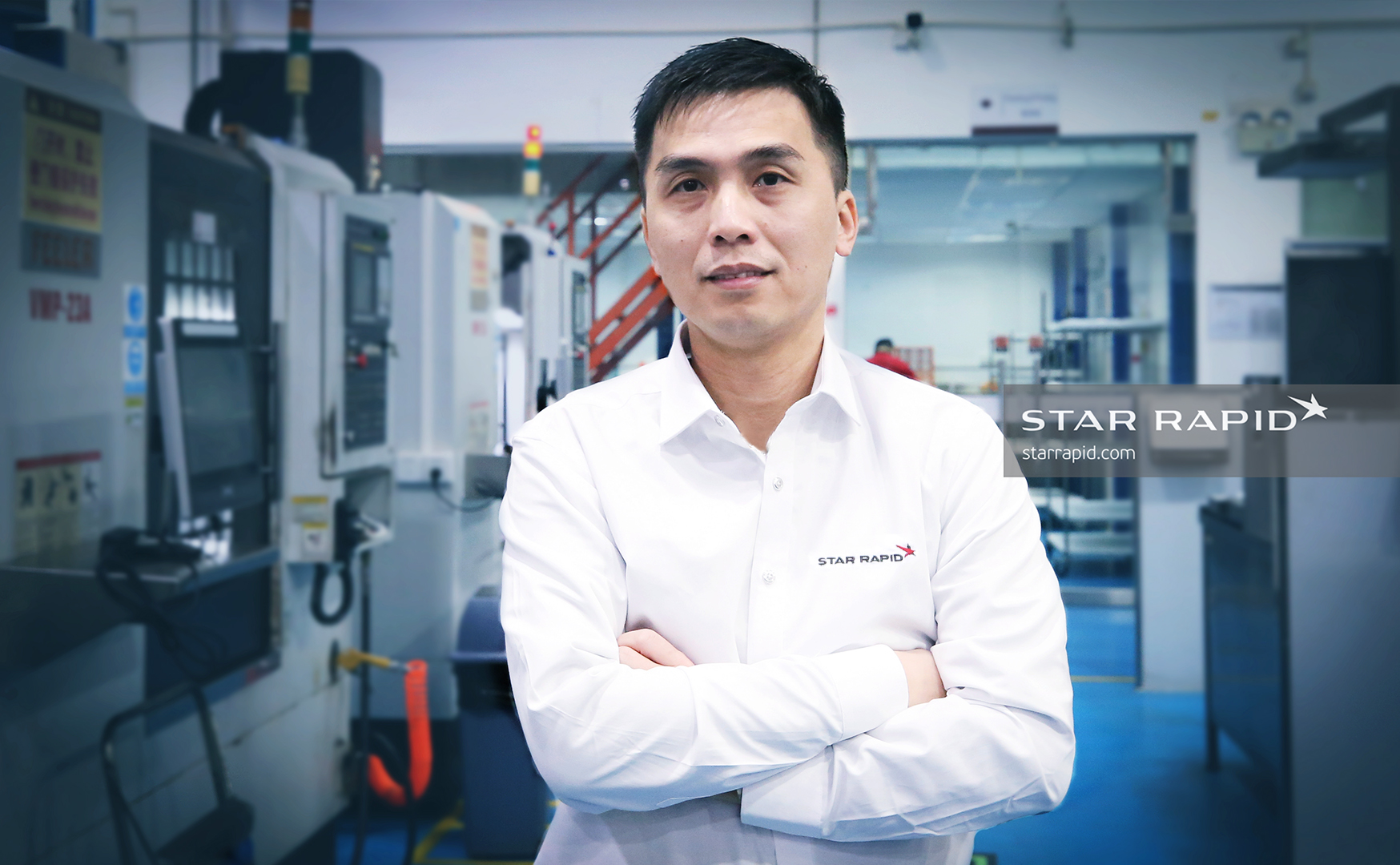 Jack Zhi joined Star Rapid as IT manager in November of 2021 . He graduated from South China Normal University with a major in Electronic Information Engineering. Before joining Star, Jack worked for more than 15 years for such well-known names as HP, Zara and Umicore. He focuses on IT infrastructure solutions, system integration and digital intelligence.

As the head of the IT department, he leads the team in designing and implementing different intelligent system solutions to achieve the goal of a digital factory. In his spare time he likes jogging, mountain climbing and singing. His future goal is to become a guitarist. David Chen is from Zhuhai, southern Guangdong, China. He has a degree in mechanical equipment, and has worked for more than ten years in the fields of marketing and sales of manufacturing components. In that time, he has mostly served customers from North America and Europe.

Now joining the Star Rapid team as the sales manager for China, he will lead the way in growing partnerships in China with both domestic and foreign-owned enterprises based here.

You will receive personal support from our team of manufacturing and engineering sales specialists located in the USA, Canada, UK, Europe and Asia. Find your regional representative in this interactive map. 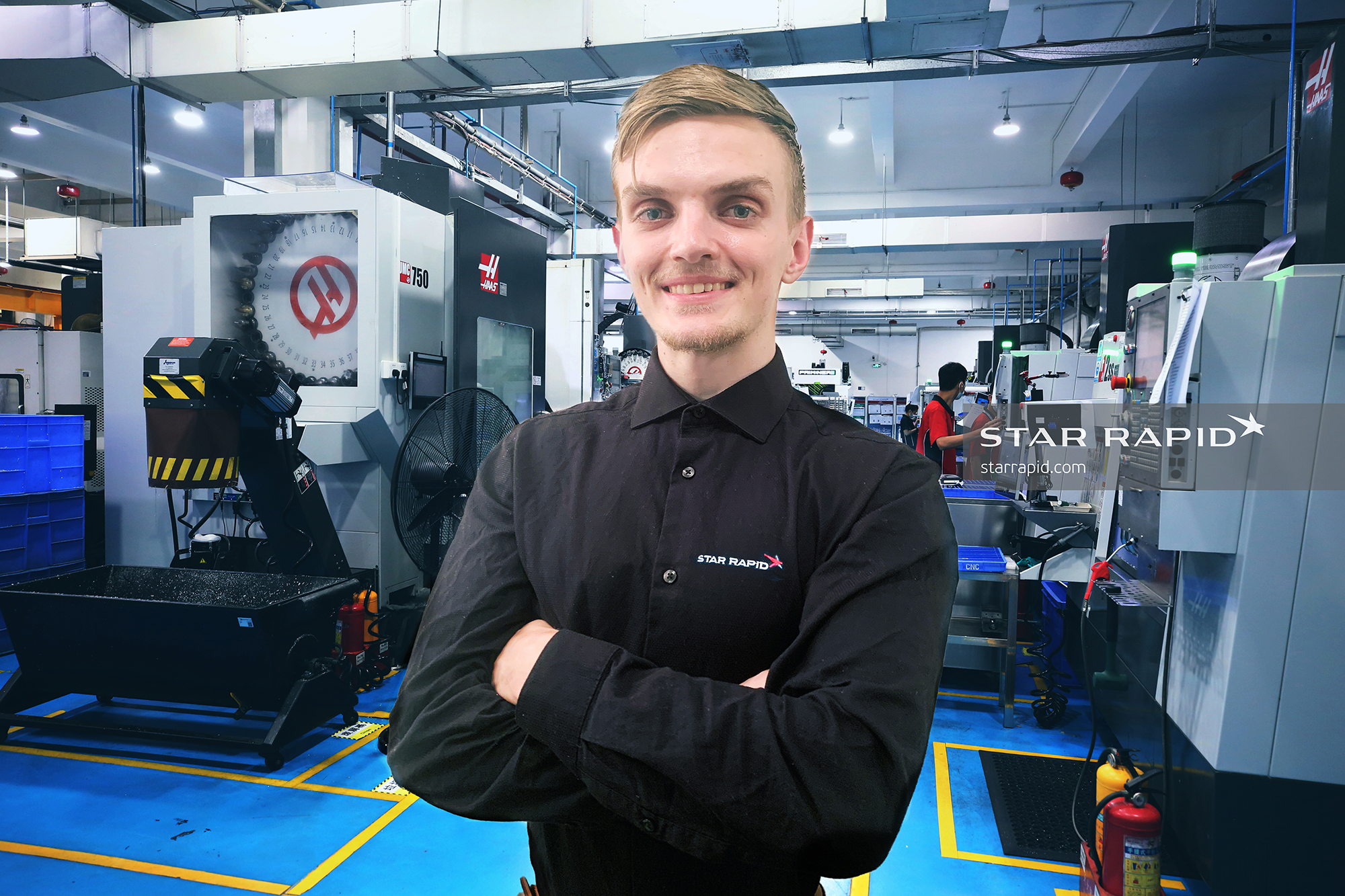 Kristopher Carrithers was born in San Luis Obispo, California and raised in Washington State. He has more than seven years of sales experience working with Farmers Insurance, Comcast and Cintas, and trained others in salesmanship via his private company. He now joins Star Rapid as the Business Development Engineer for USA West and Canada West.

Kristopher is a devoted family man and is passionate about outdoor athletics and sports, where he teaches wrestling for a non-profit youth organization. This same competitive desire to excel and to support others in their dreams makes him a great addition to the Star family. 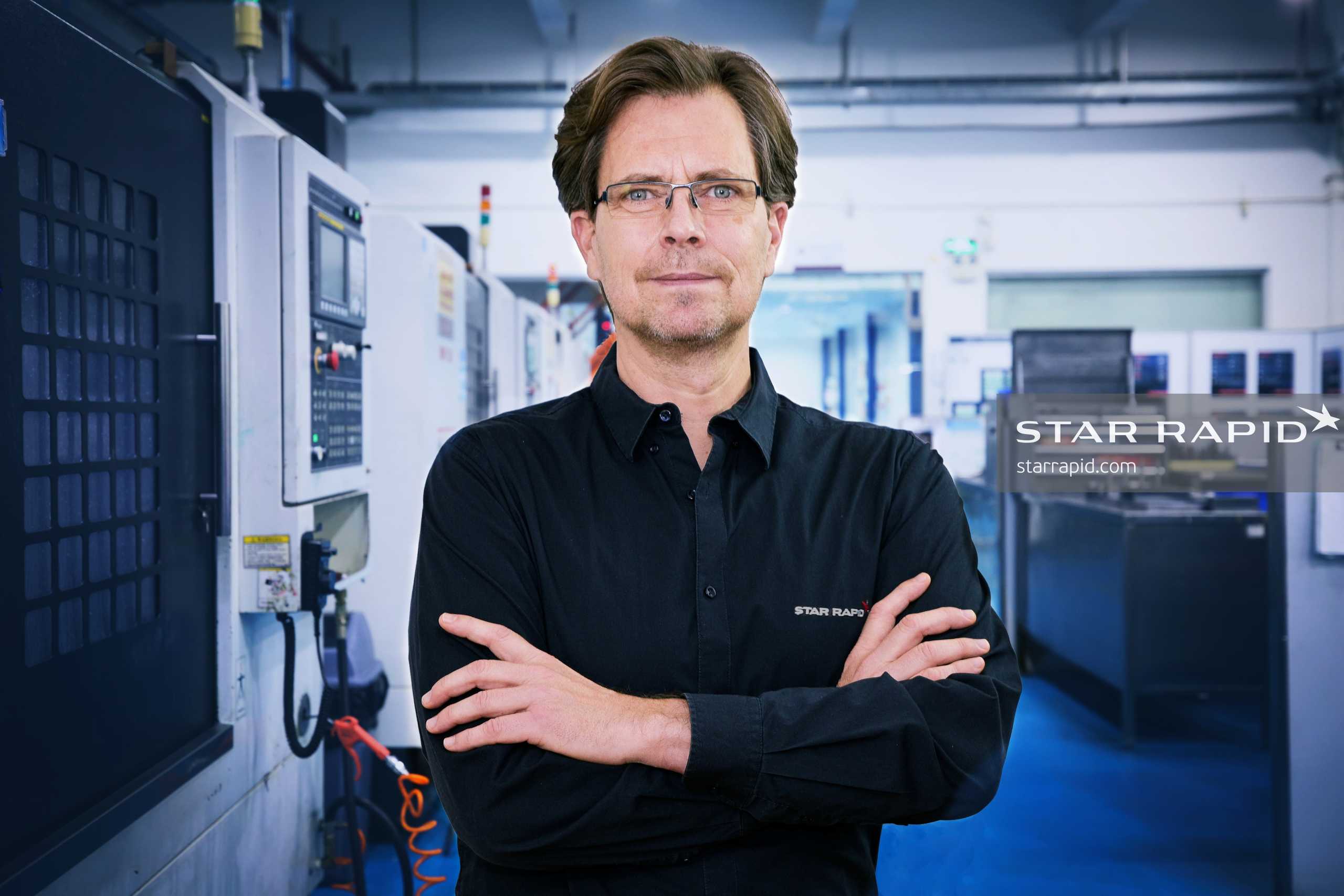 Martin grew up and lives in Frankfurt right in the middle of Germany. He loves the city of Frankfurt because it´s a truly multicultural one with people from all over the world. The international airport is close by so he can travel to visit customers all over Europe fast.

For the last 25 years, he dedicated his professional career to Rapid-Prototyping and limited production. Back in 1994, he installed and operated one of the first SLA machines in Europe. Ever since, he produced hundreds of different parts, coordinated a large number of programs and worked as a sales/business development manager for Europe.  Martin is always eager to find the best solutions to support the customers and passionately fulfil project requirements. This makes him a valuable partner for the clients and all team members.

After work, Martin teaches and practices Yoga and spends his time biking in natural environments Alex Durbin was born and raised in a small town in southern Missouri, and graduated from Missouri State University with a degree in construction engineering. After graduation, he relocated to San Francisco and worked in construction management and real estate. Upon moving to the New York City area, he embraced his love for sales and entrepreneurship and developed a successful distribution business. Alex now brings that same spirit of invention to his new role as Business Development Manager for the East Coast region of the United States.

Alex is also passionate about fashion, travel, industrial arts and other physical activities involving his large extended family of seven. 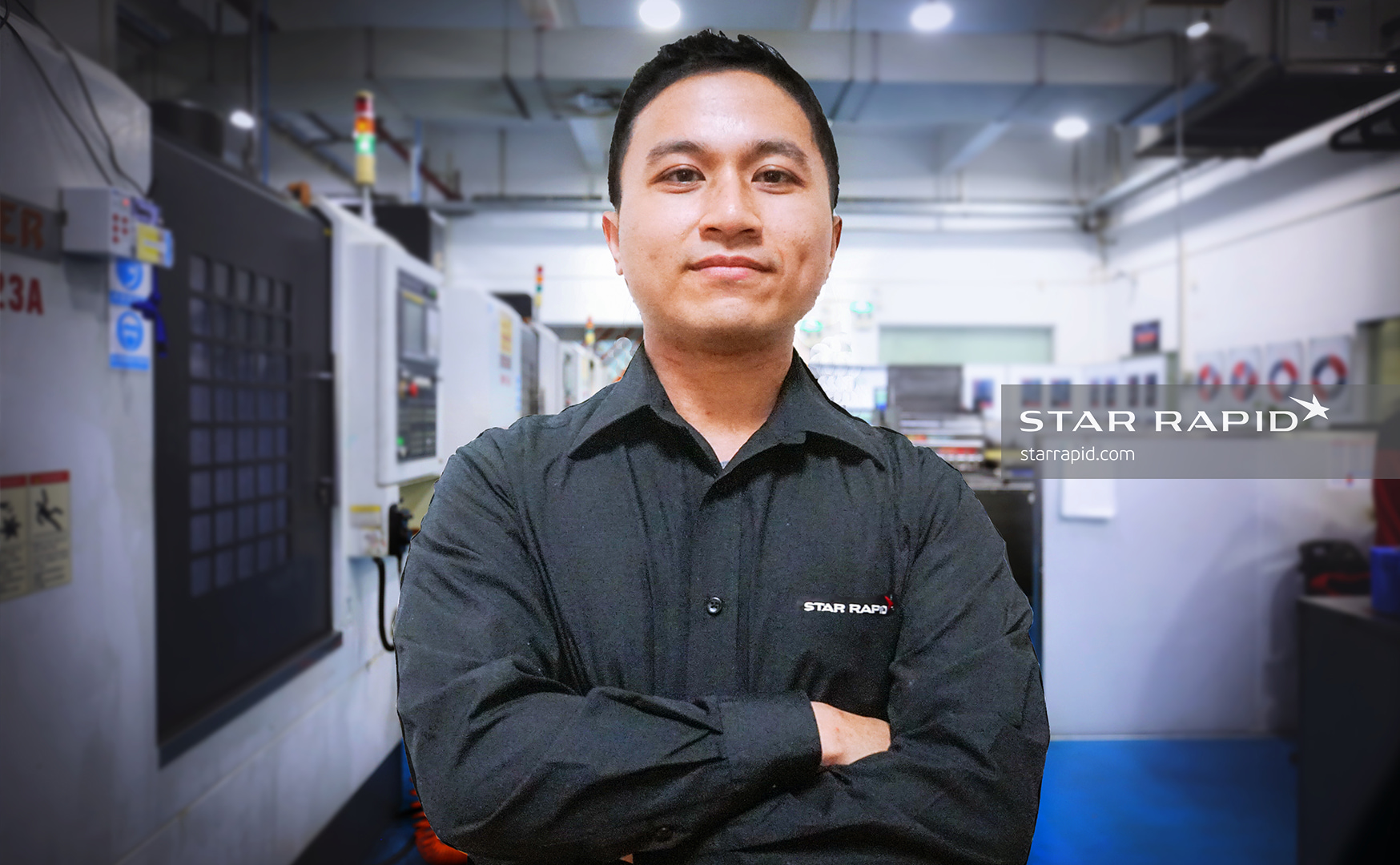 Joenard “Joe” Camarista was born and grew up in New York. He has a B.E. co-degree in Biomedical Engineering at the Macaulay Honors College at CUNY and The City College of New York at CUNY.

He has experience in product development, marketing, sales, and manufacturing technology including 3D printing, CNC machining, sheet metal, pressure die-casting, vacuum casting, and plastic injection moulding. One of his passions is travel, which eventually led him to relocate to Australia four years ago. 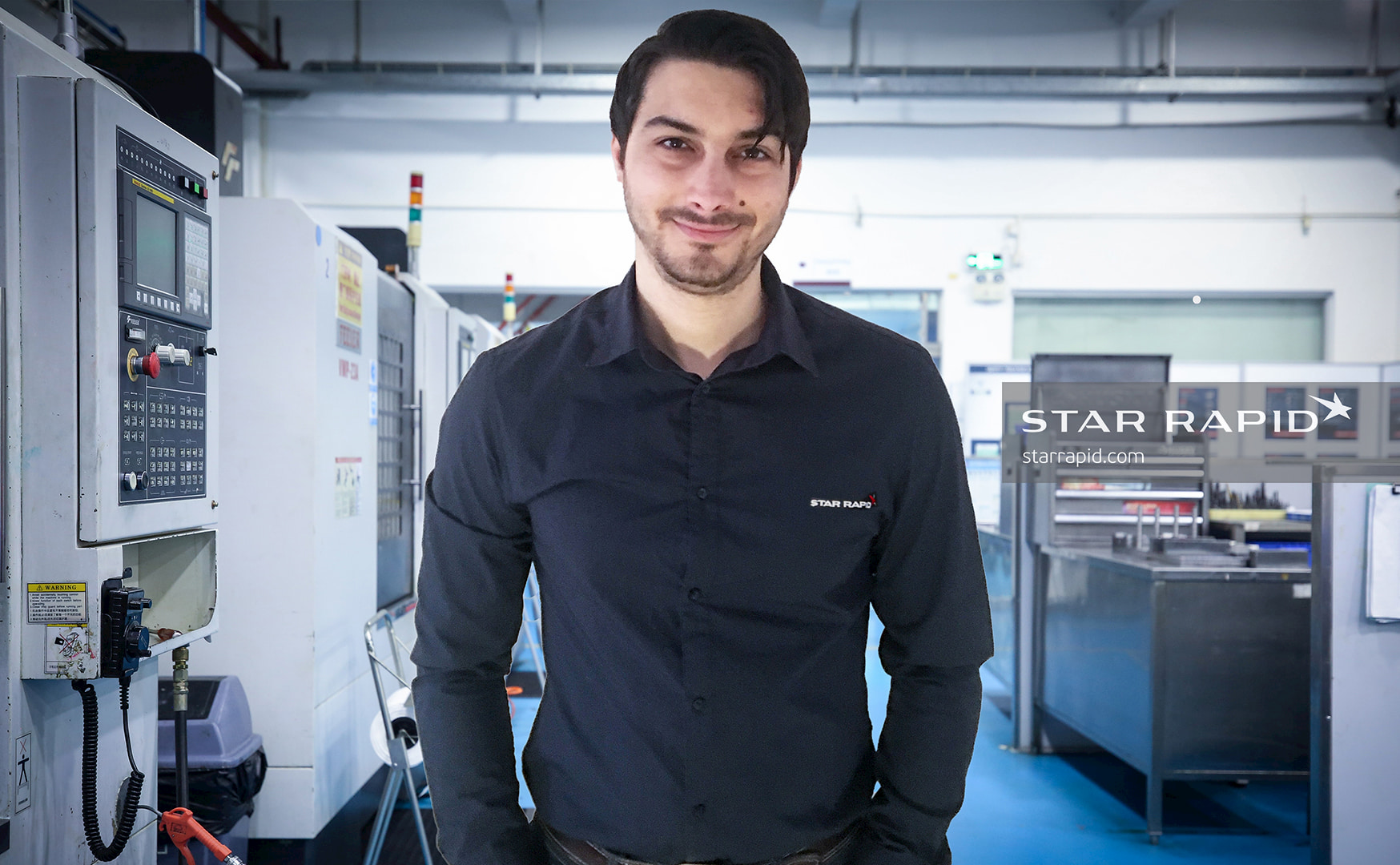 Daniel Martin has a Masters in Industrial Engineering, an MBA in Supply Chain Management and a Masters in Renewable Energy.

Daniel has lived in many cities such as Malaga, Barcelona, London and Bristol, where he worked for companies in different sectors as a Technical Sales Engineer, managing multiple accounts of customers based around the world.

Born in the South of Spain and now living in the UK, he is fluent in Spanish and English and enjoys the two cultures.

Outside of work, Daniel likes to spend time with his family and friends, along with playing and watching football, travelling and discovering new places and cultures. David Hess lives in the region where he was born, around Zürich, Switzerland. He has a degree in history from the University of Zürich, a testament to his keen interest in both world culture and the history of industrial development. His practical experience in applied technology began during his military service, where he supervised radar installation and operation.

David is passionate about travel and is also a welcoming tour guide for the city of Zürich. He enjoys cooking, sports, psychology and working with his hands. 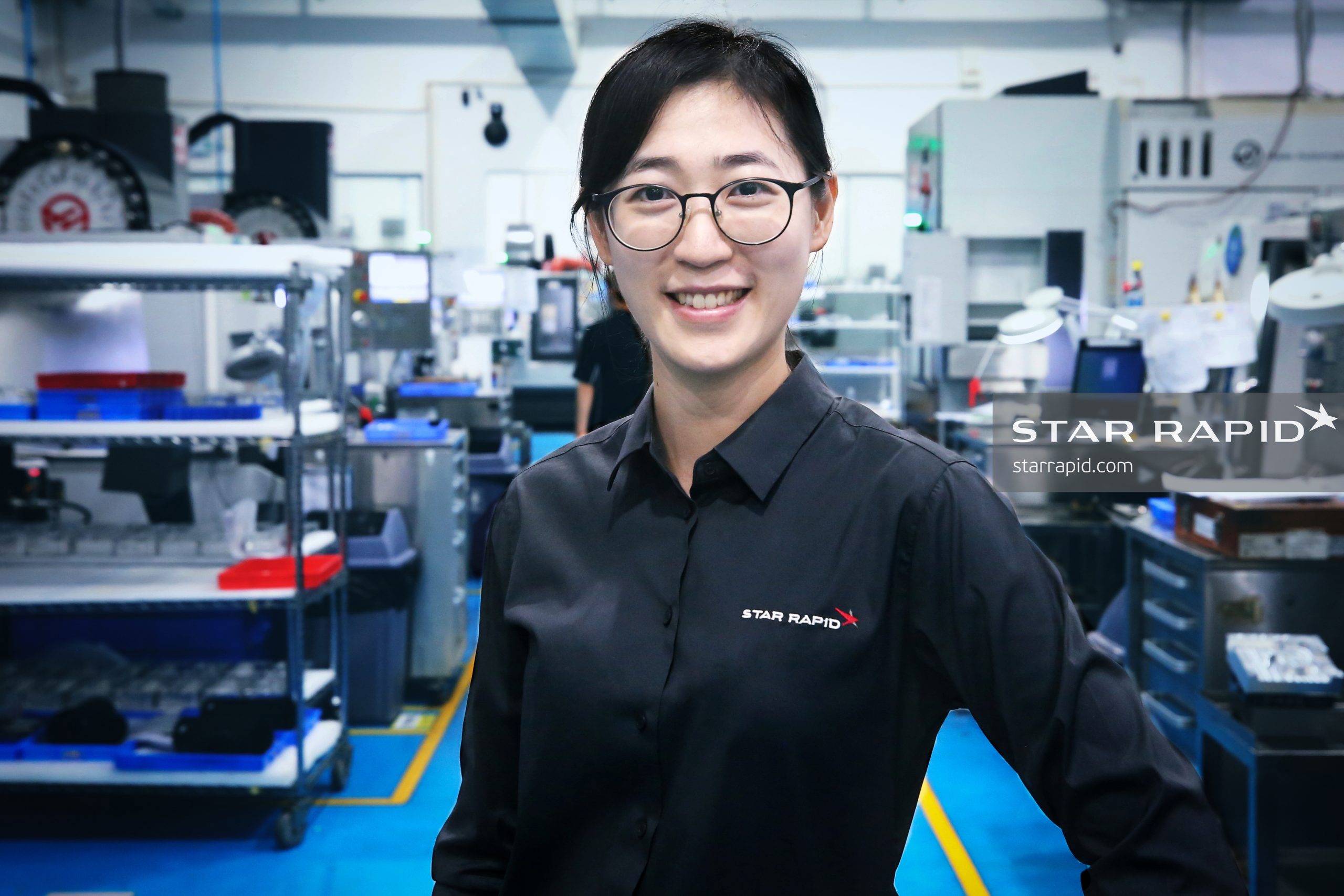 Iris Ho was born and raised in Guangdong, China. She has a bachelor’s degree in International Trade and Economics. Iris has more than ten years of experience in overseas market development, maintenance, and project management for heavy industry. Her particular experience is in tendering large, commercial infrastructure projects in the Asia-Pacific region. She now joins Star Rapid as our Business Development Engineer for China.

In her personal life, Iris likes reading as well as solo traveling. She has already explored Cambodia, Myanmar, Sri Lanka, and Nepal on her own as a backpacker and is interested in the history of different cultures.

We have a team of international engineers and experts ready to support you on your next project. David “Dave” Moir, from Newcastle upon Tyne in the UK, has 25 years experience in plastic injection mold tool making. Prior to joining Star in 2011, Dave worked for one of the most respected rapid tooling companies in the UK, designing and making injection mold tools to tight deadlines for some of the biggest companies in the world.  Dave has also worked in new product development and mold making for a medical device manufacturer, and designed molds for a specialist thermoforming manufacturer.

Today, once again serving some of the biggest companies in the world, Dave mentors a specialized team of toolmakers in Star’s rapid tooling department, set up by himself and our CEO and Founder Gordon Styles.  Dave is always available to help and advise our clients and support our sales team. Ellen Huang is the supervisor of the QAL department at Star Rapid. Ellen joined Star in 2012 and has ten years of experience in quality control systems and management.

She focuses on quality risks, quality inspection, gauge repeatability and reproducibility (GR & R), drawing reviews, process control and PDCA – all in the name of ensuring consistent product quality. She is dedicated to leading the QAL team to provide an efficient and professional service while always adopting the latest in inspection methodology Ken Adams, from the town of Clydebank, Scotland, joined Star Rapid in 2013 as tool making and plastic injection molding consultant. Ken has abundant experience in tool designing, tool making and plastic injection molding. He gained his Higher National Certificate after finishing the five-year apprenticeship program when he was twenty-one. An HNC combined with a hands-on apprenticeship was often considered a more useful qualification than an engineering degree.

Ken has worked for many companies in different countries, holding senior management positions leading design and manufacturing teams. New product introduction was his main focus and plastic molding, metal pressing and metal casting were the main processes used. Now he is a consultant at Star Rapid as a mentor and advisor to our molding and project management teams. Eric Li is Star Rapid’s assistant Engineering Manager. Eric has a bachelor’s degree in Polymer Materials and Engineering and has 10 years’ experience in new product introduction.

Eric combines his in-depth knowledge of material properties with the requirements of good tool design. His design for manufacturing expertise will help customers to improve their designs so that they can realize their product development goals quickly and efficiently June Chen is Star Rapid’s quality assurance supervisor, June has a bachelor’s degree in project management and has more than 10 years of experience in quality management.

June focuses on quality management through continual improvement and process optimization. Using the discipline of ISO management and lean KAIZEN, she leads the team to ensure your project quality.