What is the Difference between 3, 4 and 5-axis CNC Machining?

Modern CNC milling machines are amazing tools, capable of making prototypes and production parts quickly and reliably. To do this they must be able to move along several axes of travel while maintaining dimensional accuracy. 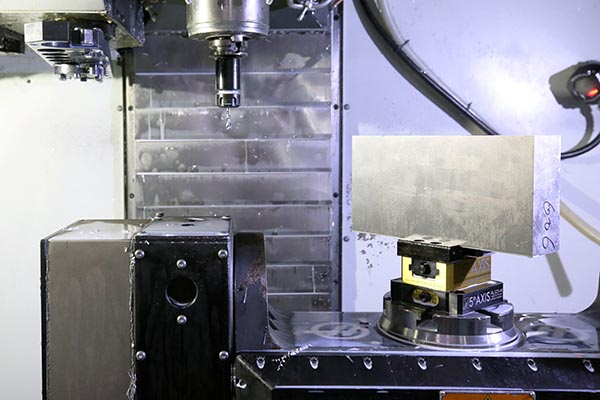 Blank workpiece before rough milling, mounted on a trammel head for five axes of travel.

CNC mills are therefore categorized by the number of axes along which they operate, with 3, 4 and 5-axis mills being the most common.These movements determine the part features that can be made and also affect production efficiency and accuracy. Generally speaking, the more degrees of freedom available, the more complex the geometries that can be produced. To see if CNC machining is right for your next project, let’s explore the advantages and uses of these different types.

1. How Does A CNC Machine Move?

Clearly we are not talking about the machine itself getting up and walking away. Rather we’re describing the movement of the cutting tool relative to the workpiece, which is what matters here. 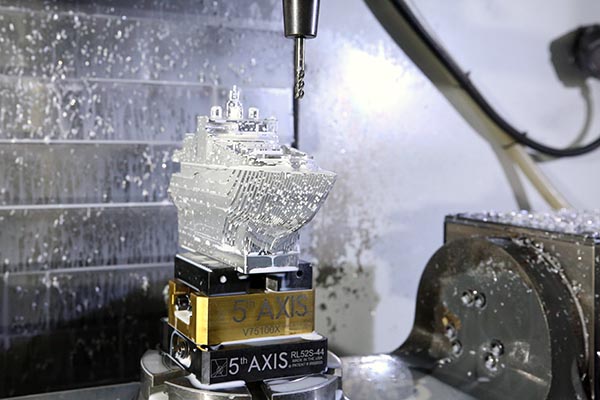 The workpiece has been rotated on the Z axis.

First, how do we determine which axis is which? Imagine that you’re facing a typical 3-axis CNC mill. From your reference point, the X axis will be parallel to the front of your body, moving left to right. The Y axis is then the direction perpendicular to you, forward and back, while the Z axis is vertical.

In a typical mill the worktable moves on the X/Y plane. The spindle, which holds the cutting tool, travels on the Z axis. Note also that the cutting tool rotates in the spindle, but this rotational movement is not considered an axis of motion.

Taken together, the range of these motions defines a three-dimensional space, a cubic volume, inside of which the machine performs cutting operations.

We use 3-axis machines every day for a variety of milling operations. They’re great for fast and efficient material removal and making flat or planar surfaces. These geometrical shapes are called prismatic, basically rectilinear, as opposed to more organic shapes. Yes, a 3-axis mill can make rounded profiles but it’s not ideally suited for this task.

3-axis mills are commonly used to drill and tap holes, but only along the Z-axis. That’s because the spindle moves up and down and cannot enter the workpiece from the side. This is a limitation for many parts that need holes or pockets machined on multiple faces, which the 3-axis machine cannot normally access.

Of course this limitation can be overcome if the part is dismounted from the work table and then repositioned. This is acceptable if there’s no other choice, but then the workpiece must be re-indexed. That means using touch probes to establish a new reference point before machining can be restarted.

This is a slow process and it creates the very real possibility of creating dimensional errors. That’s why taking a part out of its fixture and repositioning it mid-way through a job is always to be avoided if possible.

A 3-axis mill can make circular features but only on the X/Y plane.Still, the relative simplicity of motion is fine for many projects that don’t require complexity and instead benefit from maximum part throughput and process efficiency.

3. What Are The Advantages Of A 4-Axis CNC Mill?

Adding a 4th axis of motion opens up many new machining possibilities. This is usually accomplished by adding rotary motion along the X axis. Such an additional rotation along X is called the A axis.

The rotary table lets the machinist mount a part on one end and then rotate it to access the remaining sides of the workpiece. This avoids the problem of remounting and re-indexing as you would have on a 3-axis mill. Because the part is partially suspended – that is, not touching the surface of the worktable- it’s now possible to drill holes or other features that penetrate completely through a part.

Most significantly, the rotation of the workpiece while it’s being machined opens up the possibility to make more complex curves and contours. A part can even be turned as if on a lathe, creating cylindrical and spherical profiles. However, the 4-axis mill is not optimized for this type of operation and so it will be slower than if on a dedicated lathe.

Yet another degree of freedom can be added, this time along the Y-axis. Rotation around Y is called the B axis. 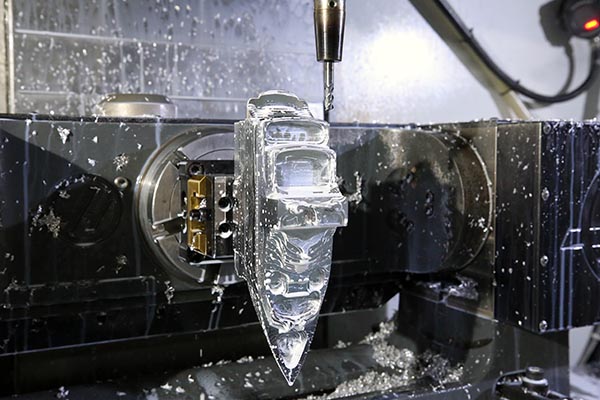 The workpiece has been rotated on the A axis

To achieve five axes of freedom, a 3-axis mill can be retrofitted with a trammel head. This is an auxiliary attachment that provides motion on the A and B axes. Taken together with the other capacities of a 3-axis mill,  it’s now possible to make more sophisticated shapes such as helical rotors. These have complex compound curves in multiple directions that can only be done on a 5-axis machine.

However, there is a limitation to a 3-axis machine with a trammel head. For one, a dedicated 5-axis machine is usually much more rigid. That’s because it has to maintain accuracy even while moving in many directions simultaneously. This precision means closer tolerances even for relatively simple parts.

5. How Many More Axes Are There?

In the quest to make ever more sophisticated parts quickly and with minimal setups, CNC machining centers are greatly expanding their capacities. 9-axis machines combine lathe and milling functions with advanced robotics to provide all-in-one solutions. They are usually large, however, and expensive to operate. Such machines are typically used for aerospace, military or scientific applications.

For most products, 5 axes are enough to make feature-rich parts to tight tolerances. This is what you can expect when you contact Star Rapid for a free quotation on your next CNC rapid prototyping or low-volume manufacturing project.