6 Great Innovations That Came from the Future

There have always been visionaries able to forecast the future by tracing the arc of the present. Many of them were also great storytellers, and their work has appeared in popular books, films and television shows where it continues to inspire generations of engineers, scientists and dreamers of all stripes.

With the gift of hindsight, we can now look back to see which of the great innovations of today started out as a storyteller’s fanciful idea in the culture of the past. Here are some of our favorites.

This is slightly controversial. Way back in 2010 Apple launched the original iPad. When Samsung later tried sell their own Galaxy tablet, Apple sued for patent infringement on “their” tablet idea. In 2011, Samsung then successfully argued that the idea didn’t come from Apple at all, but rather from the film 2001: A Space Odyssey.

There is a scene in which astronauts Dave Bowman and Frank Poole are eating a space meal while casually scanning news on portable computers sitting flat on the table: thin profile, narrow bezel, wireless, black background, touch interactive, multi-colored readers. Samsung was able to prove that Apple didn’t think of it first and so they were able to enter the market. This is of course just one of the many ways that Kubrick and Clarke were way ahead of their time.

Cyberspace and the Internet

Nowadays, we all live a portion of our lives in an imaginary realm of moving images and sounds, information and social contacts that has in many ways supplanted the priorities of real life for a digital one. We call this magical world cyberspace, and it could only be made possible by the corollary invention of the Internet. 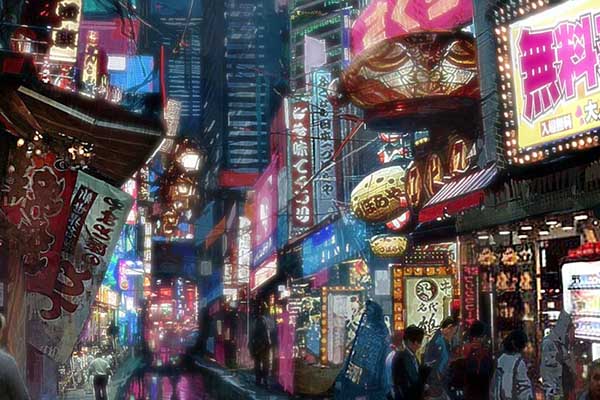 The term cyberspace was coined by William Gibson in 1984, in his dark and dystopian sci-fi novel Neuromancer. In fact, he also envisioned virtual reality, the World Wide Web, hacking and much more, all terminology now familiar to our online selves. And he did this a decade before the Internet became a thing. How spooky is that?

One of the great literary visionaries was Ray Bradbury. It’s impossible to exaggerate the importance of his many timely observations about the trajectory of science and technology and its likely impact on human society. Great writers often cite him as an essential inspiration, including Stephen King and Margaret Atwood. 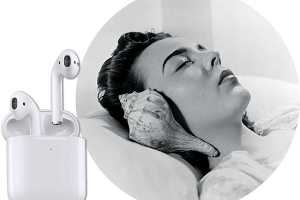 Bradbury’s seminal work Fahrenheit 451 was published in 1953. In it, the protagonist Guy Montag watches in dismay as his wife, Mildred, uses the “thimble radios” in her ears to lull herself to sleep, night after night, without needing to resort to human interaction and dialogue. These imagined “seashell” earphones were considerably smaller and more discrete than anything then available, and presaged the modern earbuds that we now use to listen to podcasts and digital music.

What would eventually become the taser began its development in 1969 by Jack Cover, a NASA scientist searching for a non-lethal method of crime prevention. He created a working prototype in 1974, and though taser is the trademark of his unique creation the name has become synonymous with other charged-energy stun weapons. 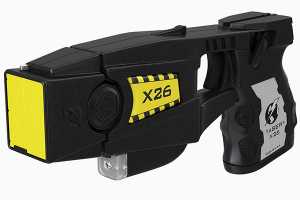 What most of us don’t know is that the name is an acronym originally derived from “Tom A. Swift’s Electric Rifle”. In the early 1900’s, Tom Swift was introduced to American readers as a fictional boy genius with a gift for invention. In a series of books meant for a juvenile readership, Tom created all kinds of whiz-bang contraptions to preserve the American way of life and foil his enemies. These included an early version of TV, airships, a giant telescope and an electric rifle. Tom Swift was beloved by Jack Cover, who named his gun in Tom’s honor.

We would be remiss not to mention a few inspirations that came from the world of Star Trek. Who isn’t familiar with the communicator first used by the crew of the Enterprise when Star Trek debuted in 1966? The flip-open wireless handset was a direct inspiration to Dr. Martin Cooper and his development team at Motorola, who are credited with making the first commercial mobile phone, the DynaTAC, much to the chagrin of their competitors at Bell Labs. 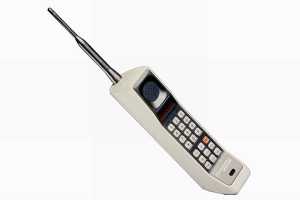 Ungainly by today’s standards, it showed what the future would look like when everyone could share a relatively limited communication bandwidth using overlapping geographical regions called “cells”.

Another facet of our world that we now take for granted, multimedia is the universe of video, voice, text, images and music all being streamed from a single device at once. 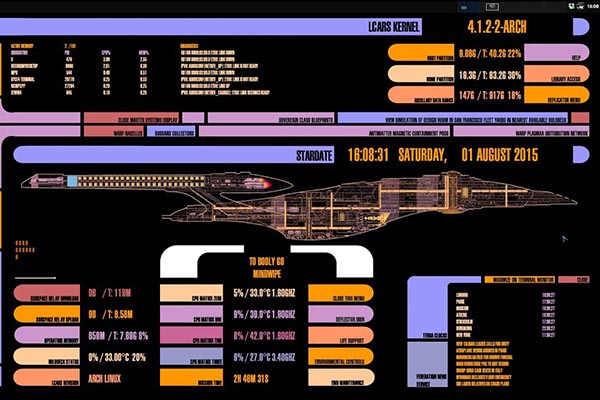 Early computers simply didn’t have the software or hardware to handle this. Apple engineer Steve Perlman was one of the pioneers of this technology, taking his cue from an episode of Star Trek: The Next Generation when a crewman uses a computer to listen to several music tracks simultaneously.

The result in 1991 was QuickTime, the first built-in multimedia app for a home computer system. It let Mac users watch digital videos on their computers without needing extra hardware, and even automatically adjusted the frame rate to match the soundtrack for uninterrupted playback. And as an added plus, the first public demonstration of QuickTime showed Apple’s amazing “1984” TV commercial, one of the most memorable of all time.

There are innumerable great ideas out there, but only a few will make it from concept to creation. At Star Rapid, we have a wide range of manufacturing services to help product developers bring innovative rapid prototypes and products to life. Find out how we can help you when you upload your CAD files for a free quotation and project review.