In this article we want to spend some time appreciating the often-unheralded contributions made by women in the world of science, engineering, product development and all-around invention.

It’s hard to imagine a woodworking tool as burly as a circular saw being invented by a woman, who aren’t traditionally associated with carpentry and furniture making. But Tabitha Babbit was a member of a Shaker religious community of Harvard, Mass., in the late 18th century. Shakers were famed for their frugality and simple living, their furniture making prowess, and their belief in the equality between the sexes. 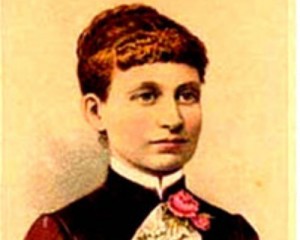 It is perhaps for this later reason that Ms. Babbit was free to experiment with better ways to cut wood, having watched men struggle with the long, two-ended blades used at the time to prepare boards of lumber. She created the first circular blade powered by a water wheel, but Shakers were not inclined to monetary gain and she never patented the idea.

In 1902 Mary Anderson was taking a trolley car ride in New York city on a frosty winter’s day. The driver was compelled to keep both side windows open to clear the window of condensation and allow him to wipe it down by hand. Thus inspired, Ms. Anderson returned to her home in Alabama with the germ of an idea.

Private automobiles were not yet in vogue at the time, but in 1903 she made and patented an early prototype for a hand-cranked wiper arm with a rubber blade that could be operated from inside the vehicle, keeping the driver warm and dry. She held this patent for 17 years until it expired, after which private car ownership really took off. Now there is not a production car on Earth that doesn’t have a windshield wiper as standard equipment.

While attending the University of Manitoba in the 1940’s, Yvonne Brill was forbidden to study engineering because of her gender – an all too common practice at the time. Rather than giving up, she turned her attention to chemistry and mathematics and became involved in the eary commercial and scientific use of satellites. 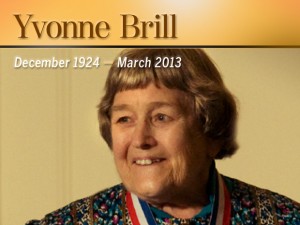 Ms. Brill held a number of patents and created many inventions for which she has received the engineering world’s highest honors. Her most notable success was in the field of satellite propulsion, patenting a hydrazine fuel rocket engine that was more stable, powerful and lighter than any others and which is still in use today, even making it to the Pathfinder mission to Mars.

Not a trained scientist or engineer, like many inventors Miss Graham simply used her wit and that greatest of teachers – necessity – to solve a vexing problem. As a typist working in a bank in Texas during the 1950’s, she became frustrated with the need to constantly erase and correct typing errors. 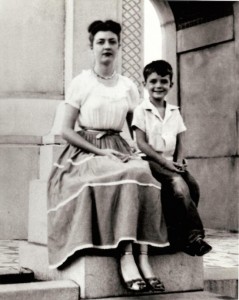 Miss Graham was also an amateur painter and decorator, and she realized that professional graphic artists never erased their mistakes – they just painted over them. Using this idea, she mixed tempera water-based paint in a small bottle, an initial formulation that was later improved with some help from her son’s high-school chemistry teacher.

First called “paint out” and “mistake out”, her company finally settled on “Liquid Paper.” White Out, as it’s generically known, is a household name and made her fortune, which she eventually passed along to her son Michael Nesmith, guitarist for The Monkees.

Stephanie Kwolek received her education in chemistry from Carnegie Mellon University. During WWII, because so many men were away fighting, she was offered an interim position working for DuPont but she soon enough proved her worth and stayed on for her entire career. 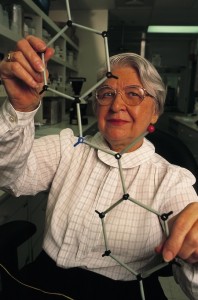 In the 1960’s her research team was looking for a lightweight fiber to use in automobile tires. In the chemistry of the times, synthetic aramid fibers were made under high temperature which tended to make them weak and therefore unsuitable. She discovered a low-temperature solution which was refined to produce not only ultra-strong kevlar fibers but an entire new class of polymer chemistry which is still yielding benefits.

Miss Kwolek didn’t patent her discovery – that belonged to DuPont. But she has been lauded the world over for helping to saving millions of lives through the creation of bullet-proof vests and many other applications, and she is one of only four women in the National Inventors Hall of Fame in the USA.

Wife of Karl Benz, credited with the first commercial automobile, Bertha Benz had more to do with it that you know. Not trained in the engineering sciences, she was nevertheless spirited, adventurous and very clever – and the automobile as we know it may not have happened but for her. 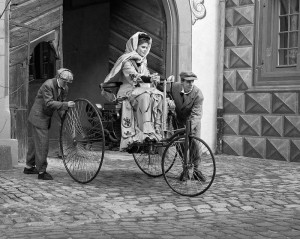 Karl’s first early three-wheeled motorized prototype was fairly crude and he lacked the ability to market it. Bertha “borrowed” it in 1888, without telling anyone, and along with two of her children drove it down a horse track to another city 60 miles away – the first long-distance car ride in history. Along the way the vehicle needed extensive repairs and Miss Benz saw to all of them herself.

Among the great discoveries on that first trip was to use leather pads over the wooden blocks which acted as wheel brakes, creating the first disc brakes. She also improved the cooling system and suspension. She continued to work closely with Karl throughout her life, but it was that first trip that gained international attention and made the world see that automobile travel was possible and fun – a love affair that is stronger than ever.

This is not an exhaustive list by any means but we hope that you are inspired by the great inventors of women in the past who contributed towards where we are today. If you are inspired to make your next big idea a reality, contact us now for a free quote.