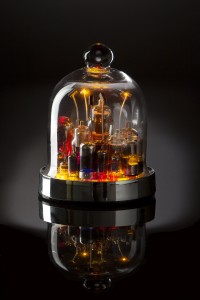 There’s no more sure-fire way to kick up a cloud of dust among music lovers than to bring up the old digital-vs-analog argument. It’s almost as bad as asking who’s the greatest rock guitarist, or which Beatles album is the best (answer: all of them). No matter what you say, someone is going to disagree, and strongly. We’ve noticed that a lot of people who are into cool product design also happen to be into music, and of course stereo systems, speakers, music players and other audio-related gear are among the most common types of everyday things that are constantly being designed and re-designed to get just the right look and feel.

Obviously the Apple iPod is one of the most successful and beloved gadgets of all time, the epitome of great industrial design, and it ushered in the new era of digital music on demand with which we’re all now so familiar. It’s small, light and fits into the pocket just so.   But is it a good music player? Ahem.

Well, let’s look at the history of digital music a little first. Starting in Germany in the 1970s, researchers began to look for ways to compress audio files for transmission, first over phone lines and later over digital ISDN lines. Compression algorithms, along with research in psychoacoustics and the physiology of human hearing were steadily refined and improved until the first CD came out in 1981. It used a bit depth of 16 bits and a sampling rate of 44.1 KHz. Got that? It just means, real basically, that the highs and lows go up and down with 16 bits (about 64K little pieces) worth of encoded information, and that the CD will scan that information 44K times per second. That’s amplitude (bit depth) over time (frequency). 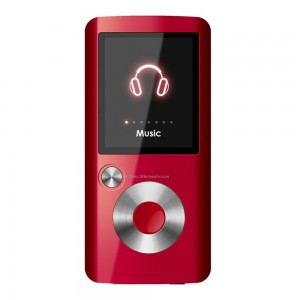 CD-quality audio just about matches what the human ear can hear. By the mid-1980s, CDs began to replace good old fashioned record albums and cassettes. They were light, durable and promised great sound that wouldn’t deteriorate over time. But CDs, as physical objects, were still too bulky for some. The MP3 format, and later the AAC file-compression format favored by Apple, came along around the turn of the 21st century, using a mathematical codec to put all that music into a series of 1s and 0s which could then be stored and sent over any digital network and played by any compatible device, which now includes of course smartphones.

But….somewhere in the transition from vinyl LP to MP3 something got lost. There is no bit depth in an MP3 file, just a series of numbers. And the algorithm discards a lot of those numbers, those that we are not supposed to hear. But also, MP3 files are made smaller in size so that they can easily be stored on portable devices without taking up too much disk space and be more easily transmitted over the web. This means lopping off more information and squeezing what’s left into the middle of the band, the place where most of the sound is and the place where mediocre speakers and headphones are best tuned to reproduce.

Now we have a generation of music listeners who have only heard MP3 their entire lives, and often only through earbud-style headphones. They have come to think this is what music sounds like, and they don’t realize that the instruments used to make that music sounded much different in the recording studios.

That’s because most musical instruments, including the human voice, are analog. They depend upon the resonance of strings, soundboards, membranes and vocal chords to create pressure wave vibrations in air, which then strike the eardrums and make sound. A waveform is continuous and dynamic, and the transition of a waveform from one tone to another is not chopped up into starts and stops, 1s and 0s, but happens progressively and without interruption. Now that digital music has come to rule the world, listeners and performers with long experience are beginning to fight back. 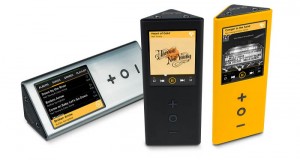 There are now so-called “lossless” codecs like .flac, .wav, and .alac. These are supposed to capture all the original audio information, usually from the CD. We add the emphasis because it’s assumed that the original CD had all the original audio to begin with, but that may be a baseless assumption. In any case, some great performers and engineers like Neil Young, Bob Dylan, James Taylor and other old timers don’t think that lossless goes far enough. They’ve come out with other proprietary systems, like Young’s Pono music player, that have vastly greater bit depth and sampling rate, to capture millions of times more information. Critics would say that it’s overkill, that the human ear can’t use hear all of it so why bother including it?

Now, let’s go back to the past for moment. Popular music became popular first through the radio and then through vinyl record albums. And those albums were played on record players which had a physical stylus that traveled in a vinyl groove, then transfered the resulting vibration to a tube amplifier and then out the loudspeakers. All analog. And most of those old amplifiers, and the equipment on which those recordings were made, were powered with valve-type vacuum tube equipment made before the invention of the transistor.

One of the main differences between tubes and transistors is that the tube has a more smooth transition in sound, or “clipping”, from one note to the next. This smooth transition helps the music to seem more, well, musical. At least, that’s how some perceive it. They also create a secondary wave form that is removed from the first by exactly one octave, and while that’s supposed to be inaudible it can perhaps be felt on the skin as a gentle kind of electrical pressure that is also interpreted as warm.

Which is best? That depends on what you’re looking for, but analog more closely and accurately reproduces the instruments as they were originally played. It sounds more like the music as it was intended by the musicians who wrote and performed it, at least before the advent of the completely digitized studio and sound machines and insane amounts of compression and distortion. The old timers are despairing because music just doesn’t sound like what they grew up with, and they’re right. So the Pono player and others like it are an attempt to get back to that old, soulful and warm sound while preserving the convenience and portability of a digital file. 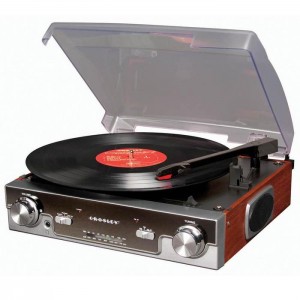 At the same time, analog, especially with vinyl albums, will be more mechanical in that you will sometimes hear hiss, pop and scratch, which was not the intent of the recorded music but which is part of the experience of listening. And this, too, points to something profoundly true about the human animal. Listening to an old LP – which many of you have never done – requires one to pull it out of its sleeve, and place it on the turntable, and lift the tone arm to put the needle in the opening groove. There is a smell unique to the vinyl disc itself, and other associated sense impressions related to the cover art of the album, or the tactile pressure of holding the disc on its edge. (Never on its face!) These sensations are personal and impossible to measure and some may say they distract from the music, while others believe they are an essential part of the total phenomenon.

Now, with most mp3 files, we’ve made music very portable, convenient and accessible. We’ve also cheapened the experience to the point where we’ve gutted it of a lot of emotion and meaning. But those of us who love music turned to it in the first place precisely because we wanted emotion and meaning, so maybe the exercise has been self-defeating. Now vinyl record sales are on the increase. We are still, after all, analog beings, not robots. Prototype and product designers of the future should bear this in mind and make sure to involve all the human senses in their designs. Contact us today to see how we can help you with your next project!