Long before the advent of the industrial revolution and modern machine tools, inventors and tinkerers have been using simple mechanical devices to demonstrate and explore the fundamental concepts of flight, anatomical motion timekeeping and astronomy. Each of the following inventions demonstrate prototypes of various machines that were revolutionary in their time and which paved the way to our future. 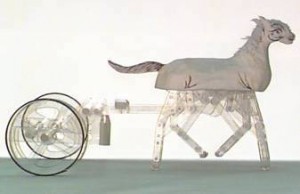 One of the very first known forms of a mechanical conveyance comes from the noted inventor Lu Ban of China, who, around 480 BC, created a walking wooden horse.

This was a type of carriage for bringing supplies to an army during wartime. It probably required the input of a human operator so it wasn’t self-propelled, but it heralded a new way for humans to use machines to move across the surface of the earth, something we’re still rather obsessed with. 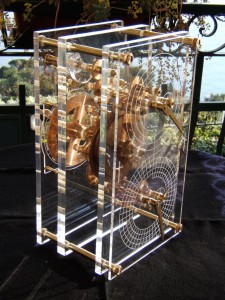 The Antikythera Mechanism is one of the wonders of any age. Dating from perhaps the second century BCE, it was discovered in a Mediterranean shipwreck off the coast of the Greek island of Antikythera.

Made of bronze, with a complex set of gears, this marvel has been studied meticulously and is believed to be a device for calculating the positions of stars, the Sun and planets. It is astonishingly accurate and is the first known form of an analog computer. The image on the right shows what it might have looked like in its complete form, though much about its manufacture is still a mystery. It shows that the Hellenistic world of ancient Greece was even more advanced in metallurgy and basic science that we had once thought. This relic is believed by many to be the single most precious object made by the hand of man. 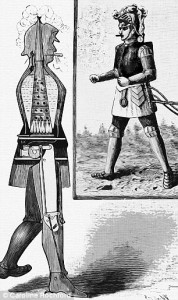 In 1893, Prof. George Moore of Canada created his “steam man.” Although not the first of its kind, it demonstrated an independence of movement that heralded the development of true robots: walking mechanical men with their own internal power source. It differs from an automaton in that its movements are not pre-ordained but can adapt to changing environmental conditions such as the terrain or obstacles in its path. Other examples would continue to follow as the industrial revolution brought the skills of the mechanical engineer and the lone inventor to the forefront of modern culture.

Think it was the Wright Brother’s Flyer? Not even close. The victory for the first flying prototype machine goes to the Greek polymath Archytas, who created a steam-powered flying pigeon in the fourth century BCE.

It isn’t known whether this bird ever actually took flight, though ancient writings of the time say that it did. In any case, the physics are sound, and show a detailed understanding of aerodynamics and thermodynamics. In fact, our friend Archytas was one of the first to combine pure mathematical reasoning with mechanical aptitude, to become the founder of a new intellectual discipline known as mechanical engineering. So there. 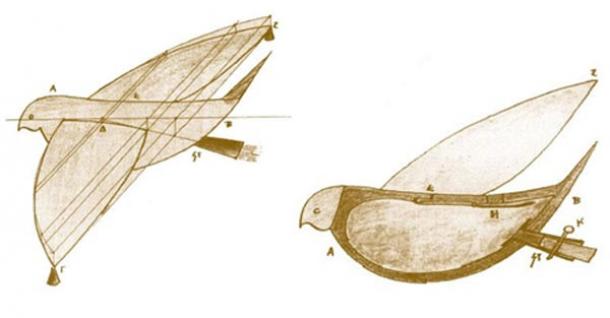 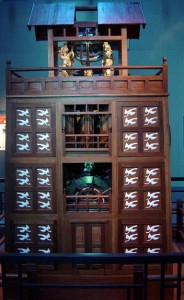 This one’s a little tricky, since the development of timekeeping devices goes back thousands of years and their ultimate origins are probably unknowable. One of the first water clocks was invented by the Chinese Buddhist monk Yi Xing in 725 AD, but his design was later greatly improved upon by the great engineer Su Song. His masterpiece was finished in 1094, a huge clock tower which contains many of the timekeeping elements we’re familiar with today, including an hourly chime, an escapement, armillary sphere and infinite power supply via a continuous chain loop.

Incidentally, this design benefited from scale-model prototypes to test his new theories and to insure the proper fit of all the parts before full-scale production commenced.

Like we say, just some imagination and hard work. Easy, right?