NASA Innovations Benefit all of Mankind 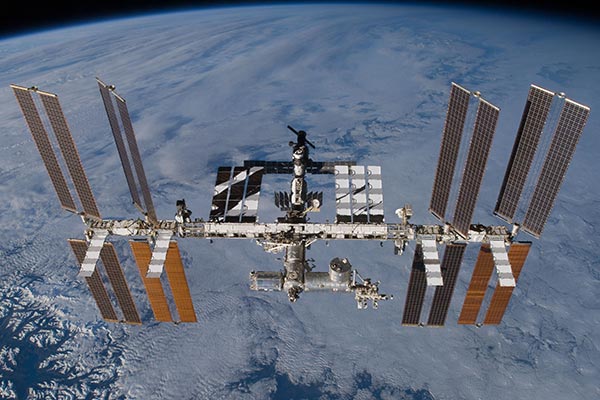 We first previewed NASA innovations way back in 2016. Since then, thousands of scientists, engineers and explorers have continued to push the envelope for research and development in a variety of fields, both on this planet and beyond. Let’s see how they are working to improve life on Earth and for future space missions.

The first thing to be 3D printed in space was created in late 2014, to replace a wrench that was left at home. Since then, ASME’s“Future Engineers” project has partnered with NASA to challenge young engineers to design new 3D parts in their “Two for the Crew” contest. The object was to design a part that is easy to print on the International Space Station and that combines two or more tools together into one.

This year there was a tie for first place. 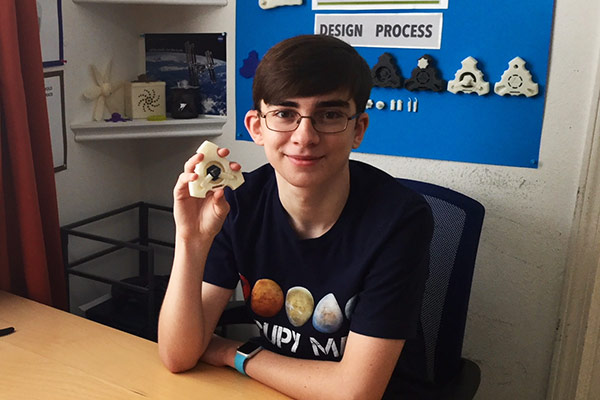 Ansel Austin discusses the prototyping journey of his Trillium Tool

Ansel Austin, 15, of Cupertino, CA, created the Trillium Tool. It combines two kinds of wrenches in a simple and easy-to-hold package.  Like so many things necessary for a gravity-free environment, there are no loose parts to drift away. 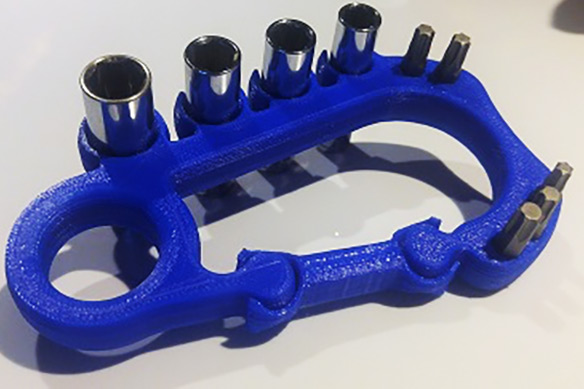 The Carabiner Clip is a model of useful simplicity

Astronauts use a lot of carabiner clips.  They’re perfect for attaching tools to lanyards, handholds or other clips and can be operated with heavy gloves on during Extra Vehicular Activities (EVAs). This Carabiner Clip from Austin Suder, 18, of Scottsdale, AZ adds recessed pockets to hold sockets and allen bits for even greater versatility. 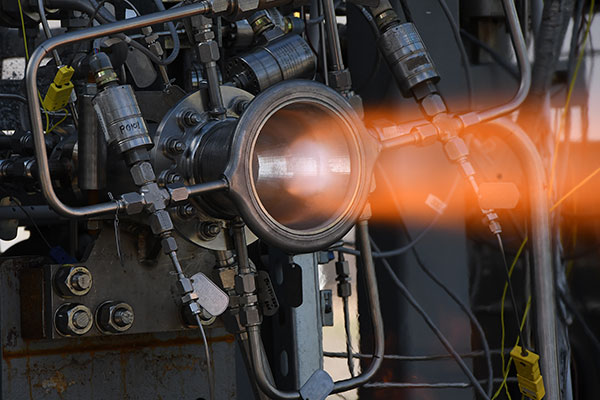 This process allows them to build a part not layer-by-layer but rather “uses a freeform-directed energy wire deposition process to fabricate material in place.” Rocket nozzles must withstand enormous heat and pressure and so require interior channels for a supply of super-cooled liquid. LWDC makes this possible in weeks instead of months.

Part of NASA’s mission has always been the advancement of aeronautics. Their new X-Plane design has just received a $245 million dollar contract from the Pentagon, to be built by Lockheed-Martin. The X-planes are actually a series of experimental aircraft, starting from the original X-1 that flew in 1947 to break the speed of sound. 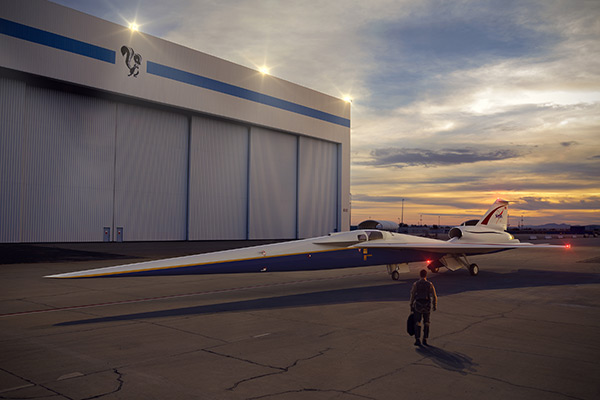 This latest plane is designed to fly at supersonic speeds, without creating the ear-splitting boom associated with such craft. How will they do that?  Part of the secret lies with the extremely long front nose cone. It will split the wind, and create a waveform that self-cancels by the time it reaches the tail. The body is tuned, in other words, to be silent. It is hoped that this can help revive civilian interest in supersonic air travel in the future.

NASA has dozens of satellites looking down on the surface of the Earth, studying rainfall, volcanic eruptions, greenhouse gases and more.  In cooperation with environmental scientists, NASA is working with Conservation International on an initiative to assess resource use and depletion in Africa and the Mekong Delta. 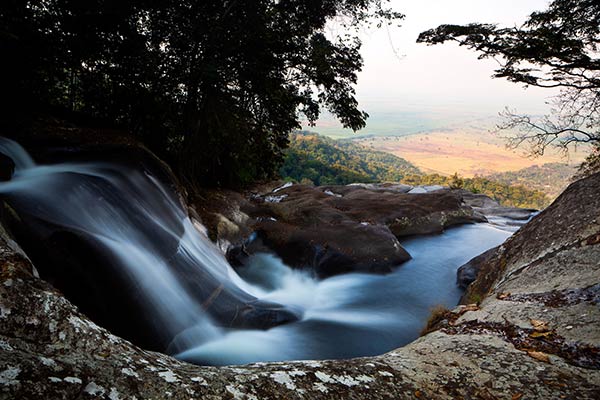 Sustainable development in these regions is critical for addressing not only the pressing need for economic growth but the equally powerful demand to protect air, water and soil quality for future generations.

Space borne observations show patterns of rainfall, pollution, surface water supplies, population growth and crop cover affecting millions of families. This kind of advanced scientific research is even more important as we honor Earth Day 2018, a time for reflecting upon the demands that modern manufacturing and production makes upon all of our shared natural resources.

We always strive to to maintain the highest standards of responsible and lean manufacturing, as befits our BS OHSAS 18001 Environmental Accreditation. Learn more about how we apply innovative solutions to your problems when you upload your CAD files for a free quote.

All images courtesy of NASA, copyright 2018.  All rights reserved.