The first ever Cybathlon Competition will take place in Switzerland this October 2016. The international competition is for disabled athletes using exoskeletons and other wearable robotic devices. Teams from universities and corporations all over the world will come together for the event to showcase their latest developments in advanced assistive devices, including robotic technologies.

This year, Star Rapid is supporting one of our customers, The Florida Institute for Human and Machine Cognition (IHMC), by sponsoring the development and manufacturing of their exoskeleton, the Mina v2, to support their entry in the competition. Stay tuned for the upcoming case study to see how it was made.

We are really excited to be involved since exoskeletons and wearable robotic devices are giving people with disabilities a new lease of life and are opening a world full of possibilities for people like Mark Daniel. Mark, who suffered a spinal cord injury nine years ago, will be the pilot for the Mina v2. 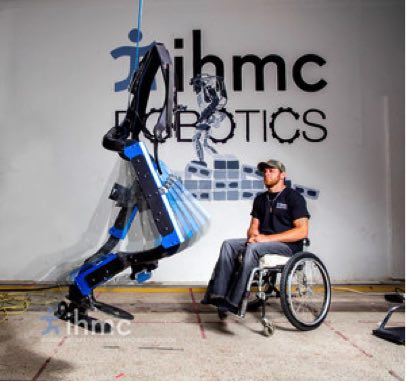 Mark Daniel was born and raised in Pensacola. He injured his spine almost 9 years ago and has been using a wheelchair since. While unable to walk independently, Mark is able to interface with the sophisticated sensor and control mechanisms of the exoskeleton. He will also use a pair of crutches to maintain balance and help the exoskeleton out on some of the challenging tasks, such as stairs. He and the other teams will compete to be the first to finish a series of challenging manoeuvres, including standing upright from a seated position, climbing stairs, and negotiating uneven terrain. There will be four identical obstacle courses with athletes competing head-to-head for the fastest time. 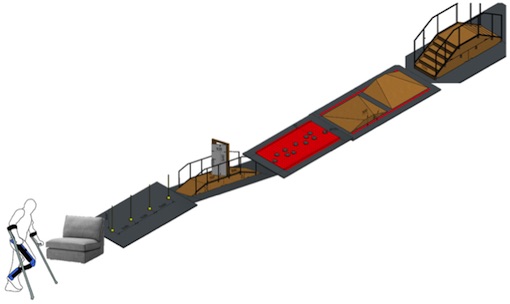 Regardless of who emerges victorious, this competition will serve to promote advances in robotics technology. It’s also hoped that such competitions will spur further enthusiasm for developing even better future systems to restore independence and quality of life to those with physical disabilities.

The team at Star are excited to be involved and to support the team in making their innovative exoskeleton. We wish the IHMC team the best of luck. Stay tuned for updates as race day approaches! You can read more about the race on the IHMC website or the team on their blog.