5 Reasons Why Self-Driving Cars Will Create Heaven On Earth

In this first of a two-part essay, we’ll discuss some of the technologies of and advantages to self-driving, autonomous vehicles. This subject has been bandied about quite a bit over the last few years, and now of course Google is investing some very real money into trying to make so-called driverless cars a reality, so it’s time for us to weigh in on the issue.

First, let’s talk a bit about the tech involved. Obviously there will be sensors and lasers and lots of them, reading speed, outside temperature and humidity, road grip and surface quality, distance to other objects and their relative speed and acceleration, etc. There will be cameras ‘seeing’ the surrounding terrain, signage, lane markings and other essential visual information. Then there will be servo-motors which in turn control the hydraulics of steering, braking and acceleration. Next, a system of wireless communication that allows our robo car of the future to talk to other such robo cars as well as a central GPS navigation system, with real-time updated maps of the local streets and current locations and conditions of other integrated vehicles. And finally a central processing brain to put all this data together so the vehicle can be piloted effectively.

Assuming all of the sensors and servos are functioning perfectly, what are the main advantages of such a system? 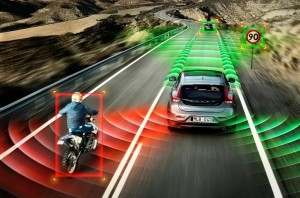 The economic costs associated with vehicle accidents are rather quite staggering. There are the direct costs to the vehicles involved, of course, and any other related property damage. There is lost time and productivity due to injury and the inability to get to and from the workplace, as well as the inevitable rise in medical and automotive insurance premiums, which get passed on to all consumers as the number of claims increase. Then of course there is the pain and suffering due to driving-related injuries or death, which cannot be quantified.

Drone cars would not be subject to driver error or fatigue. There would be no road-rage induced accidents, no running through red lights, no problems with drivers texting or feeling the effects of one too many drinks. In short, the system would be essentially foolproof and promises to be the safest way from one location to another. The financial benefits to society would quickly pay back all the money invested in the research and development of this system, as well as provide immense peace of mind.

This could be measured in many ways, but an automated system would be able to coordinate the movement of thousands or even millions of individual cars to insure the shortest possible commuting time along with the most frugal possible use of resources for each mile driven. A standard gasoline engine is at its most inefficient when accelerating or braking unnecessarily, so a steady flow of vehicles not subject to random starts and stops, and staying precisely within the boundaries of the posted speed limit, will be the most efficient of all possible scenarios – and it will greatly reduce wear and tear on the cars themselves, again reducing costs.

Most commuters spend a big chunk of their lives stuck in traffic, which is not only a crushing bore but which wastes a lot of time that might be productively used otherwise. 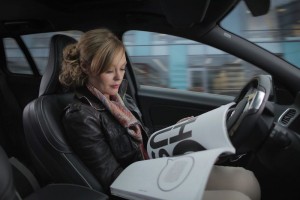 Imagine instead that the car is driving for you, which frees you up to spend that precious time getting a head start on the day’s emails, or practicing your Chinese (you know you should!) or even getting some rest. Also, when we routinely drive back and forth on the same route, we so rarely get a chance to actually look around and see anything outside of the purview of operating the car. An autonomous car might free us up to actually enjoy the experience much more.

And as for trolling around in the dreaded parking lot, looking for that one lone open spot that everyone else is looking for at the same time – how much of our precious lives have been consumed with this humbling exercise in frustration? Soon our vehicles will deposit us at the entrance to the shopping mall, while it then goes off by itself to find a parking space, waiting patiently and silently for us to signal the time to return. Isn’t this the promised land of convenience we’ve been longing for? 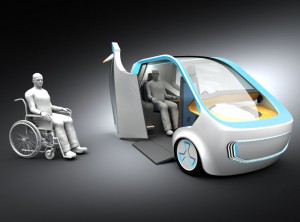 There are many reasons why driving a car at certain times and for certain people would be either inadvisable, illegal, or both. There are functional adults who nevertheless experience some physical limitations due to age or illness – does this preclude them from being independent and mobile? In other cases, licenses may be temporarily suspended, thereby preventing a breadwinner from financially supporting themselves and their family because they can’t make it to work. In too many cases, the economic hardship that comes from being unable to drive can exacerbate the same tensions that lead to the initial suspension, creating a domino effect of social ills that we must all bear.

Modern urban societies are structured to not only accommodate the use of a vehicle but to virtually require it. To preserve personal dignity in many cases means being able to get around, to go shopping and work a job and pay bills, and therefore the availability of an autonomous car that frees us from some physical restrictions might just be one way to make our world a bit more accessible and even egalitarian.

Driving can be stressful at times and, let’s face it, we’re not always at our best behind the wheel. Driving well requires an endless series of split-second decisions based on imperfect information, and sometimes the wrong call can spell disaster. But added to that ordinary degree of stress is the additional strain brought about by the “dumb” drivers out there, and unfortunately that can mean all of us. 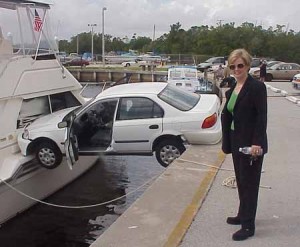 The dumb driver is the young man with the hot new muscle car that just needs to burn rubber at every traffic light to prove that he’s Speed Racer reincarnated. The dumb driver is a jilted lover screaming into the steering wheel and crying about the person who broke their heart. Or it’s the guy who’s determined that no one will ever, EVER cut him off in traffic again, or ELSE! The dumb driver is the one who didn’t get enough sleep, didn’t have their morning coffee, and is daydreaming about a tropical beach somewhere. The dumb driver doesn’t know where they’re going and they stop in the middle of the road to try to read a sign, and then they decide to back up into oncoming traffic. The dumb driver can’t decide what lane they want to be in, so instead they take up both at the same time.

Yes, we can all be that person sometimes, and when we’re compromised by emotion or other peripheral issues we pose a threat to ourselves and others, while also forcing other drivers to accommodate every mistake or rude interruption to the smooth flow of traffic. The self-driving car will make all of that a thing of the past, and good riddance.

So, let’s recap. Safer, more efficient, less stressful and virtually foolproof next-gen transportation system. What’s not to like? Next time, we’ll talk about all the ways that self-driving cars will ruin our lives. Stay tuned.

5 Great Ways To Get Started In Design