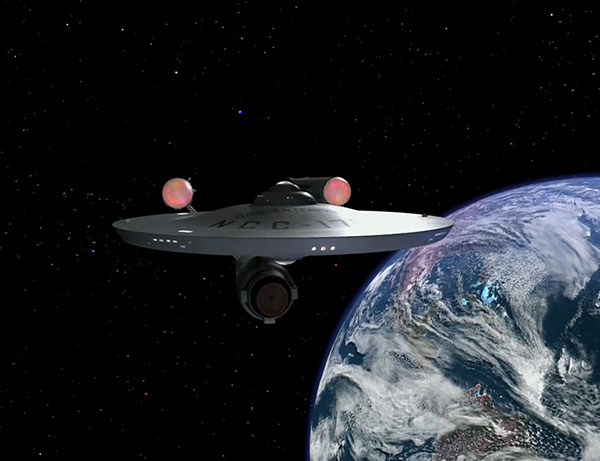 Fifty years ago a visionary television program was first broadcast in the United States, and with it came a wealth of refreshing new ideas about the future organization of human (and not-so-human) society as well as the amazing technologies we would all have in the 23rd century. That show was Star Trek, of course, and we’re big fans here at Star Rapid. In honor of this prophetic show and its influence on popular culture and technology, we’d like to look at the top 7 ways Star Trek revolutionized product design.

A TV set in 1966 was a giant, cumbersome beast powered by a cathode ray tube. Many were still black-and-white with thick, convex glass screens rarely larger than 20” or so. They were heavy and encased in wooden consoles making them a formidable piece of furniture. 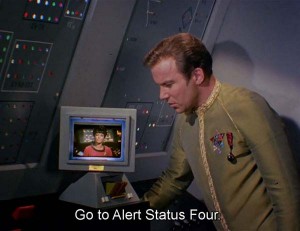 In the world of Star Trek, viewscreens were full color, taking up one wall of the bridge. Smaller screens were to be found everywhere, from private quarters to meeting rooms to the sick bay. In all cases they were flat and usually interactive, allowing people to see and hear one another across vast distances. (Now known as telepresence and unheard of in the day.) Some of these displays even had touch-sensitive screens, pre-dating commercial applications by many years.

People of the future didn’t waste time cooking – they simply keyed a few commands into a replicator and voila! Out would come a steaming plate of some mysterious futuro-food. This is not the first instance of such a matter- substantiating device, but it did help to popularize the idea that a machine could take coded data from a computer, combine it with protean raw material, and then reconstruct that data into physical form at a distance. That, ladies and gentlemen, is what 3D printing is all about. 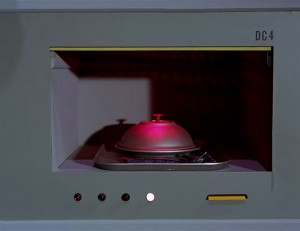 Dr. Leonard “Bones” McCoy injected wry commentary and comic relief to many Star Trek adventures, when he wasn’t injecting Kirk or Spock with some life-saving elixir. But he didn’t use a needle; in fact, NBC censors of the time forbid the use of needles as too graphic and disturbing. The hypospray wand allowed him to administer to his patients effortlessly, and these now exist as painless injectors using only air pressure to pierce the top layers of skin. 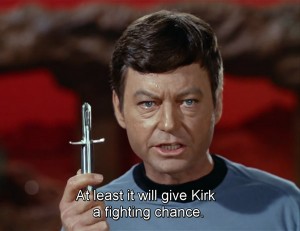 A hand phone with a clamshell cover that made a distinctive bird-like chirping when opened, the communicator did in fact inspire the design of the very first mobile phone years after the series stopped airing. Most mobile phones now are of the “smart” variety with touchscreens, but the lineage is obvious. This is the most popular subject for working replicas even today because they just got it so right. Who doesn’t want to flip open the case and say “Beam me up, Scotty”? 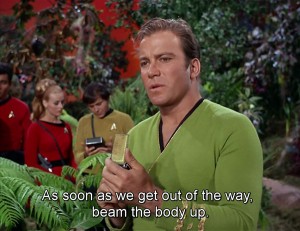 What’s not appreciated so much is that the communicator relied upon remote location sensing to get a “fix” on its position, so important when finding the missing captain in an emergency. This was also prophetic, as the first military trials for Global Positioning Satellites (GPS) would not take place till years later. What would we do without GPS today?

The communication officer onboard the Enterprise was of course Lt. Uhura, who could be seen at her console forever trying to raise Starfleet Command on a sub-space frequency. And she wore a stylish, stainless-steel earbud that – dare we say – she rocked in the 23rd century. This was the first example of wireless earbuds, and not only was it revolutionary but no one has made it look better. 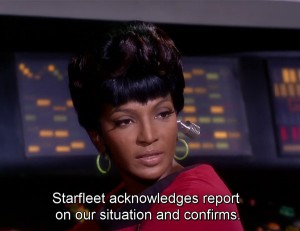 What a great name. This ubiquitous piece of tech was carried by the crew on many missions and gave them invaluable information about the location of approaching enemies, the condition of a sick patient, or how breathable the atmosphere was on a strange planet. In other words, a Personal Data Assistant (PDA), or a portable computer with sensors and cameras and a library of information that could be carried around with you in a pouch on your hip. Now we just call them smartphones. 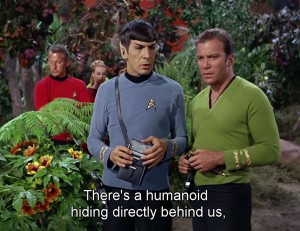 When travelling to strange star systems you’re bound to encounter beings who don’t speak English. What to do? Carry your universal translator with you, that’s what. This handy device automatically analyzes the target language and provides an immediate translation, greatly facilitating interstellar diplomacy.

Now we have translation software that can be downloaded as an app on a smartphone, along with voice-recognition AI software like Siri or Cortana that understands spoken commands in natural, context-based language. One step closer to universal understanding. 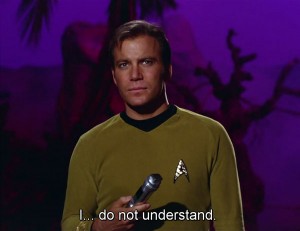 Above and beyond any particular piece of hardware was the overall philosophy that enabled the Star Trek universe, that of inclusiveness and a multi-cultural pluralism which embraced all different races, genders and species. This blending of peoples in pursuit of a pan-humanist ideal was also revolutionary for its time, but the egalitarian Star Trek future would have been otherwise impossible without making best use of the unique contributions of each race for the benefit of all.

Why Star Trek Inspires Our Vision At Star Rapid

We embrace a similar philosophy here at Star Rapid. In fact, our founder and President Gordon Styles was so inspired by the show as a young man that he based the company’s values on it.

We love supporting our customers in making their new ideas a reality too and we’re excited to see what the future holds as we find better ways of doing things. If you’re working on a project to advance our future even more, we invite you to contact us for a free quotation to see how we can support you.

All images property of Paramount Home Entertainment, all rights reserved.
Credit gratefully acknowledged to Filmjunk.com for additional research and insights on this subject.