There’s been a lot of talk zooming around lately about the wonders of additive manufacturing and 3D metal printing, but along with that a lot of misunderstandings about the benefits of this technology for product designers, tooling engineers and prototype makers. We want to take a moment here to clarify some of the confusion and to make it as simple as possible. AddSub, put simply, is the combination of Additive and Subtractive machining. The Additive part is supplied by a Renishaw AM250 metal printer, while the Subtractive part is done on a HAAS 5-axis CNC machining center. The AM250, by the way, is known as a Direct Metal Laser Melting type, or “DMLM“.

Essentially, if you’re considering your next low-volume production or prototyping project and you’re wondering if DMLM  is the way to go, there are four major advantages to consider. Let’s take a closer look. 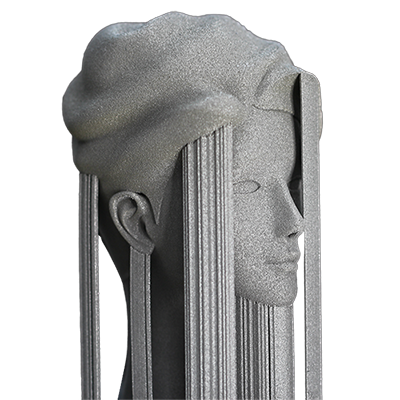 This term gets bandied about a lot but it’s seldom emphasized just how important it is, especially with more complex engineering projects. Cooling channels within a mold are critical for controlling heat exchange during the plastic injection molding process. The time it takes to cool a part after injection can be up to 60% of the entire cycle time – shortening this period of time by improving cooling paths would greatly decrease the time a part spends cooling inside of a die, and therefore can greatly increase the number of finished pieces that can be made in a given period of time. The benefits to profitability and manufacturing efficiency are direct and obvious, and these benefits magnify with larger orders. 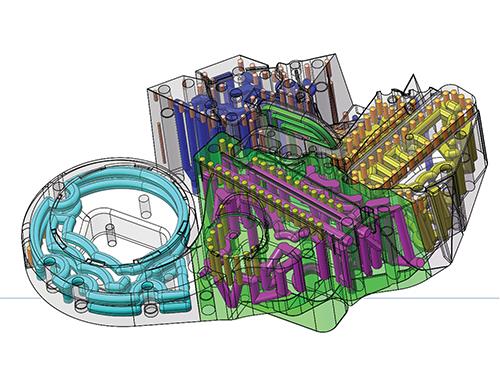 In traditional mold making, cooling channels must follow tool paths, i.e., they are linear and almost always of a single diameter. In layman’s terms, a single straight hole is the best you can hope for without more elaborate and specialized subtractive machining. Conformal cooling, however, allows optimized cooling channels to follow the contours of the part being made without being constrained by traditional tool paths. Channels can vary in diameter or cross-sectional shape, they can make turns and bends – whatever is required. Sophisticated mathematical CAD programs using finite element analysis can help the engineer to determine what conformal cooling is best for the project at hand, and only 3D printing is capable of making such tools.

As discussed elsewhere, Direct Metal Laser Melting is ideal for creating three-dimensional tools which incorporate these internal features. But it’s often overlooked that this advantage is useful not just for a production-ready tool, but also for a finished part, as in the following example.

Electrical and electronic devices give off heat – there’s no getting around that. At the same time, there’s enormous pressure in both commercial and industrial applications to make electrical appliances ever smaller and lighter and more efficient. This places a great demand upon the product designer and engineer to cram many components onto a circuit board in a tight space – but what to do with the heat build-up? Heat sinks are meant to dissipate this waste heat, mostly through convection (air passing over the surface of the heat sink, carrying the heat away.)  Heat exchangers are also meant to transfer heat, but in this case the heat is not meant to escape into the atmosphere but to be transferred to another medium, as in a hot water heater. 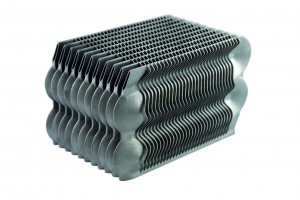 Most heat sinks are built to maximize the exposed surface area of the sink, but it’s also possible that the internal architecture of the heat sink be engineered to store heat in some parts of its structure and release it elsewhere. A metal is an excellent conductor of heat, much more so than air. Imagine, then, that a heat sink is built with internal conformal cooling channels that allow the metal in some areas to carry heat to the exposed surface, while other parts of the heat sink are an empty void, carrying little heat. This could greatly increase the efficiency of the device and allow it to be made smaller and lighter and use less material, especially if air is allowed to pass through the heat sink via these internal channels.

Again, DMLM is ideal for this. Let’s be honest here. The cost and complexity of such an engineered part will indeed be much higher than its conventionally-made counterpart. It makes sense only with demanding applications that require the highest level of performance that can’t be matched by any other technique. Similar demands for engineering excellence apply to our next example.

Pressure die casting is able to make finished parts with large internal cavities, but of course they’re limits to this technique. It is very hard to make small and highly detailed internal features, and of course the piece in question is not really hollow because it is open, not enclosed. But what could possibly be the advantage to removing material from inside a single, completely enclosed solid shape? 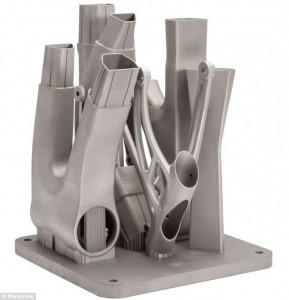 Manifold. Aside from obviously reducing weight, a part that is intended to be placed under mechanical stress will be better served if it is strategically strengthened with gussets and supporting structures at critical locations, while allowing excess material to be safely removed. Even seemingly small amounts of weight reduction can pay great dividends in aerospace and automotive applications where a financial premium is placed on every ounce of weight savings.

Also, as discussed above, metal parts are natural heat conductors. Removing material from within a part will decrease the thermal mass of that part.

Finally, ever more efficient and sophisticated valves can be manufactured and made smaller, since allowances no longer need be made for intrusive subtractive drilling and reaming processes. More precisely, mechanically drilling a hole in a block of material has certain inherent physical limitations, not least of which is the wall thickness that must be maintained. Mechanical formulas abound which determine the maximum diameter and depth of a hole that can be drilled in a given piece without compromising the integrity of the wall surrounding it. DMLM minimizes this concern to something like 30 microns.

And finally, we have this.

This category embraces every other possible physical shape that until now could not be made conventionally or at least not without great expense. Designers are now free to create virtually any shape with almost any features, and the ramifications of this are honestly unknown and unknowable. 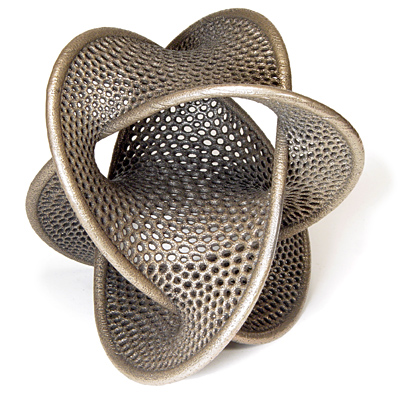 Additive manufacturing and DMLM does have some limitations, of course. Already mentioned is cost. The metallized powder that is used for the laser melting process is more expensive per volume than its solid counterpart, and must be handled in clean-room conditions during the build. The finished piece will usually take longer to make and will likely cost much more than a CNC-machined analog. It is up to the engineer or industrial designer to determine whether that cost makes sense in the long run, given the mechanical advantages to be had. Also, DMLM parts often need secondary, CNC machine work before they are fully finished and ready for use.