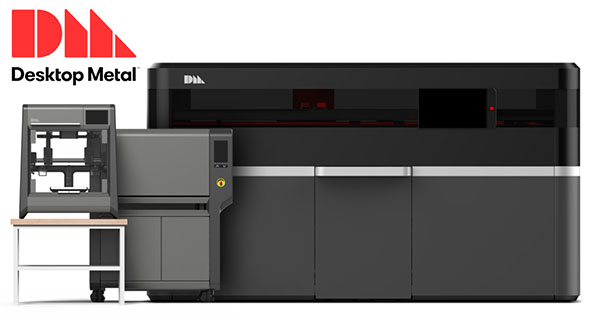 Industry watchers have long wondered when, or if, 3D metal printing would find a way to be integrated on the shop floor alongside subtractive manufacturing, able to compete in terms of price, ease of use and throughput compared to CNC machining, pressure die casting or plastic injection molding. Now, a new startup appears to be on the threshold of shattering previous conceptions of what a 3D metal printer can do.

Desktop Metal, based in Massachusetts USA, was founded by a group of engineers which includes Ely Sachs, the man who invented binder jet printing and coined the term “3D printing”. Let’s see how their Production System works and if it’s really the solution for mass-produced 3D metal printed parts.

This process is a modification of conventional binder jet printing, which uses a resin to fix powder into place, layer by layer. In this application, the moving print head actually contains two powder spreaders and one spray unit combined. 50 micron metal powder is carefully metered and deposited, compacted into a fine layer, then solidifed via 16,000 tiny jet nozzles which deposit millions of droplets of binding resin on only those areas that will become a rigid 3D part. The rest of the powder is left untouched. 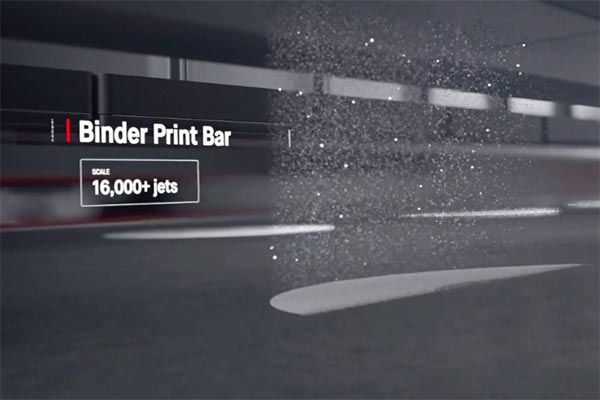 No machine has ever combined spreading, compacting, high resolution printing and drying on a single pass, back and forth, without wasted motion. And it moves fast.

Conventional 3D laser printers fuse or sinter the workpiece onto the work table, using a series of supports to hold the part rigid during processing. These supports must later be removed, taking hours of time and effort per part. It’s a real pain and it adds substantially to costs. But with this system, an anti-sintering agent is sprayed between the support and the workpiece. The support is still there to provide stability, but later can be easily removed by hand or with a screwdriver – saving real time and money. 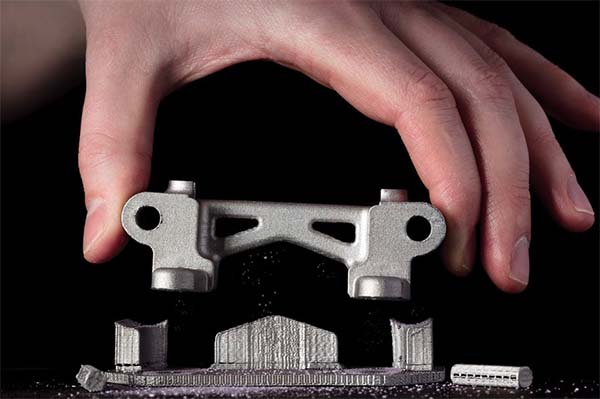 Parts are easily removed from their supports

In this type of machine, the entire build volume can be filled with parts, separated from one another by a few layers of powder. Instead of one machine making one part at a time, multiple parts can be printed simultaneously, greatly increasing efficiency and saving raw material. 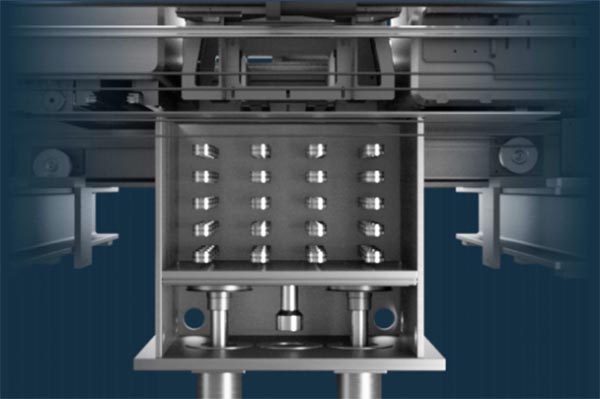 Multiple parts are stacked within the build volume

By connecting to a database in the cloud, the sintering ovens, which use a combination of convection heat and microwaves, automatically calculate the precise time and temperature based on the type of material being fused. No guesswork, and the database is continuously updated in real time as more materials become available. 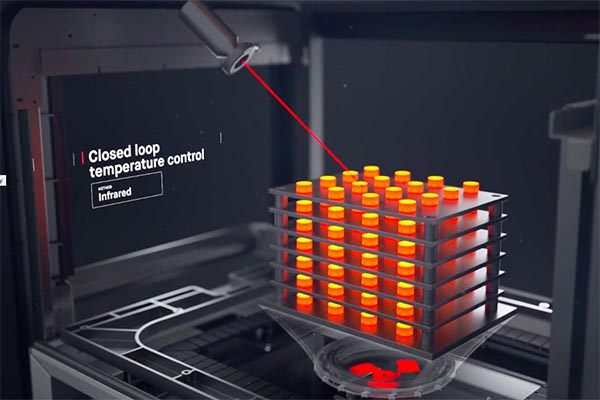 In addition, sophisticated software is used to generate support structures and calculate ideal part placement within the build volume automatically. This saves valuable engineering time and optimizes the number of parts that can be printed with the available raw material.

The machines are fully sealed with internal filters to keep them running clean and safe. There are no explosive hazards as there would be with the very fine powders used in other laser-based systems, and they can be placed directly in line with conventional machines on the shop floor – no need for a separate clean room environment. They’re also portable and don’t require complicated hookups for laser gas or exhaust venting, all of which makes them an appealing option for shops with limited space. 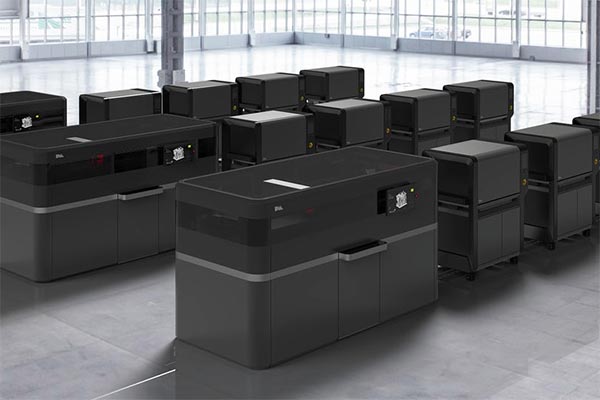 Off The Shelf Metal Powder

The printers make use of the same types of powder used for Metal Injection Molding. These are 80% cheaper than specialty powders used in laser melting machines, non-hazardous and readily available in more than 200 alloys from a variety of stockists worldwide.

The combination of these major improvements might finally be able to solve some of additive manufacturing’s most vexing problems, in a machine that costs a fraction of what a laser melting machine goes for. Desktop Metal claims that it can be up to 100 times faster than laser-based printing methods, and 20 times less expensive. These are incredible figures, and would bring the cost-per-piece price and the throughput volume in line with full scale production requirements.

What Are The Limitations Of This Technology?

The main drawback with this system is that the finished part is not as dense or strong as a true laser melted counterpart. This is because the binding epoxy is burned off, leaving behind voids in the metal. A printed part from a binder jet will be acceptable for low-stress applications in consumer goods, but cannot equal the high-strength, fully-welded parts produced by Direct Metal Laser Melting such as we do at Star.

Is this the solution that will bring 3D printing up to speed for mass production? Time will tell, but they’ve done an excellent job at addressing all of the major hurdles that have hindered the technology so far. If it works as promised, it’s hard to overstate what a manufacturing revolution it would be. Whatever ultimately prevails in the marketplace will no doubt make use of the same prevailing logic: combine readily available technologies in a user-friendly package that makes full use of the machine’s build volume. Share your thoughts, or contact us today for a free quotation and project review.