All About The OLO 3D Printer

It seems nearly every day there’s a new 3D printer of some sort on the market, promising innovations in material, speed or size. The new OLO seems to do it all – small, light, easy to use and incredibly cheap. Is this the printer that finally brings digital manufacturing to the masses? 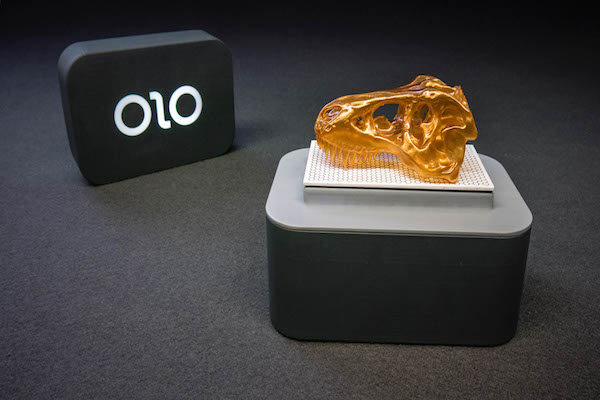 A 3D plastic resin printer, similar in general principles to a commercial SLA (stereolithography) printer as used for making rapid prototypes, such as we do at Star.

Where Did OLO Come From?

First introduced at the World Maker Faire in New York in October of 2015, where it won the Editor’s Choice Award. Since then, a Kickstarter campaign was launched this month, which met its funding goal of $80K USD in a matter of hours. Soon it will be available as a commercial product selling for $99. 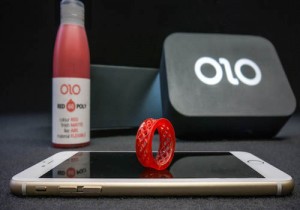 How Does It Work?

There is an OLO app that’s loaded on the user’s phone. This app allows access to a large library of stock CAD files. This library can easily be added to or modified, and users can also import files from any commonly available rendering program or an open-source sharing site like thingiverse.

Once a design has been created or selected, the reservoir tank of the OLO is placed over the screen of the phone which is displaying that file. The bottom of the tank is transparent, allowing light to be projected up from the smartphone’s screen and into the tank. 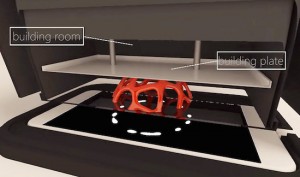 The reservoir tank is then filled with the chosen resin type and another OLO module is placed on top of it. Together, the top and bottom make a light-tight seal. The top unit also contains the motor, which raises the build platform one layer at a time. Light comes from the phone where it’s redirected downwards onto the build platform, controlled by the data from the smartphone, and each layer is cured as it emerges from the liquid resin. The user simply presses the button and the machine does the rest.

Why Is It Revolutionary?

There are several unique attributes to OLO that make it a game-changer. 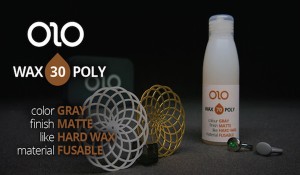 Potentially limitless. The device is silent, dead simple to operate, requires no special training or controlled conditions. The resins can make parts that are hard, flexible, rubbery, translucent, or even used as molds for cast metals.

The product has clearly been designed from the beginning to be small, portable, user friendly and even “cute”. It fits into a dedicated neoprene carrying case that also houses plastic resin bottles. What this effectively means is that it can be carried anywhere, by anyone. Students, teachers, modelers, inventors and mad scientists can easily afford to have one in their backpacks or on their desks.

Assuming that it works as promised, it’s also effortless to “beam” objects between users, much like we now routinely share photos on social media. A user can send a birthday gift as a data file, to be printed and kept as a physical object by the recipient. This is truly a democratizing innovation, and since there are billions of smartphones out there, it comes with a huge pool of potential buyers.

This more than anything is a perfect illustration, if one was needed, that manufacturing is increasingly a matter of data, of coded information. Intelligent control of that information undergirds the reality of digital manufacturing on the commercial scale and now in the private sphere as well.

This kind of innovation is what we love at Star. Many of our customers are innovators and we get pleasure from supporting them with designs for manufacture project reviews and by making their prototypes. Do you have an innovative design that will need a prototype soon? Contact us to see how we can help you with your next big idea.