We are open and ready to support you. Check out how we are responding to COVID-19.

We talked last time about five reasons why the advent of so-called “driverless” cars would be a great idea. But for those of you out there with a skeptical bent, we would like to present the other side of the story. Here then are the top five reasons why self-driving cars will be the ruin of us all.

No reasonable person would argue against the obvious safety advantages of a vehicle that can anticipate, react and avoid danger much faster than any human, and without driver error. What’s not to like? But consider that to achieve this level of infallibility will require not only a vast sensor array, but a complex series of pre-programmed responses which, ultimately, approach the complexity of artificial intelligence. In other words, cars at least as smart as we are in this strategic regard.

At the same time, their automatic systems will continue to render our own skills obsolete, much as rear-view cameras are now creating a generation of young drivers who don’t know how to parallel park without them. The ultimate expression of this trend, therefore, will be incompetent drivers, not skillful ones. Less safe, not more.

And where will it end? As soon as AI cars realize that safety is one of their programmed priorities, they may tell us: “Don’t get in the car.” 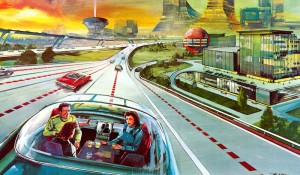 Everyone assumes that our robot overlords will drive more efficiently than we mere humans possibly could, given that they will calculate time, distance, speed and direction with mathematical precision. Well, not so fast. The ostensible benefits of self-driving cars is that they will be smooth and comfortable, faster, and will reduce traffic congestion. It turns out these benefits can be antagonistic and even self-defeating.

A study was recently done by researchers at the City University of New York and Imperial College, London. This study demonstrated that, if we want our autonomous cars to start and stop smoothly (which is mechanically efficient and comfortable and safe), then they will also need to accelerate and brake more slowly and over a larger area, thus reducing road capacity and increasing following distances in the process. If you want speed, cars must go faster and brake later and be more tightly bunched together – which is indeed faster but is less safe and consumes more gas. In all of the computer simulations in which a driverless vehicle was pitted against its manually-operated counterpart, the robot car either created more congestion or was slower. Turns out, at least one of the parameters has to give to make way for the other two. Also note that this is in an ideal setting, not taking into account the unexpected road hazards out there. We human drivers, so far, are already much more efficient in the real world.

Here again is an example of limited thinking. The presumption is that, if we are free from the chore of driving, we can then turn our attention to work, say on our laptops. Which will then give us more time to get things done, making us more relaxed and productive.

Hold it right there. Automation and computers were supposed to revolutionize the world of work a long time ago, freeing us from drudgery and giving us all more leisure and creative time. They’ve been saying this since the 1950’s. But now people in the advanced countries – those who would use self-driving cars in the first place- are more overworked than ever, putting in longer hours, taking fewer vacations and yet still being expected to be ever more productive.

Put simply: nature abhors a vacuum. If you have more time available each day to work, you will be given more work to do. Soon enough that commute time will be calculated as part of your working time, and you will be held accountable for how you use it. Is this what we really want? You won’t be more relaxed, you will be more consumed with work.

Robo cars could be a boon for the physically handicapped, the aged or the infirm. That is, if they can afford such a car in the future. Right now the technology is prohibitively expensive, but surely the cost will come down as the industry scales up.

What about other marginalized groups? Will such cars be available to the very young, or to those with DUI records? This is all very uncertain, but what is certain is that the technology is being touted by huge multinational corporations that have a vested interest in selling more cars and the technology to control them. Accessibility means profits. GE and Ford and Google are not interested in a population that commutes on foot or uses bicycles, so they want to convince us all that this is the only solution to the problems of our overcrowded roadways – make more cars!

Why don’t we rethink the way we build our cities, and invest that same R&D money into non-profit clean public transit? We are so dazzled by the technical wizardry that we’re not paying attention to the man behind the curtain. Pssst. Here’s a secret. The accessibility they’re thinking of is access to you. The autonomous car will be monitored 24/7. Someone wants to know where you go, when you go there, how long you stay there, etc. This Big Data will be used to market products and services at the very least. No longer will the car be a ticket to freedom and independence. It will be a slot car, on rails, taking you directly to the mall so your wallet can be emptied.

Driving well – that is, safely and efficiently – is a skill that exists at the intersection of training, experience, emotional control, physical 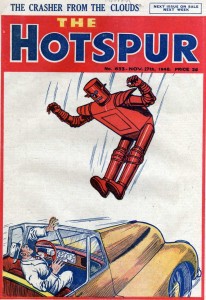 competence and a reliable machine. There are costs and trade-offs associated with acquiring and using this skill. The benefits to the skilled driver include hand-eye coordination, precise timing, peripheral awareness, anticipation and response, and a sophisticated, even instinctive harmonizing of essential forces involving friction, inertia, momentum and acceleration. This tactile and analog skill set can translate to other tasks and other types of machine-human interface in our mechanized world.

Dumb driving comes about as a failure in one or more of these areas. We can either invest in better training, safer cars and better roads, or alternately supplant the driver’s skill altogether with servo motors and a robot brain.   All of the skills associated with learning to pilot the machine will atrophy in a few years, to the detriment of anyone who wants to be a participant and not a spectator.

It doesn’t bode well for us as a people to be ever more isolated, dependent, anti-social and sealed inside metal boxes we can’t even control and don’t know how to. We’re making the machine smarter, and ourselves dumber.

So there you have it. Ten arguments about self-driving cars, half pro and half con. Do you have an opinion, or is there something we missed? We’d love to hear about it. Contact us.