We talked last time about the Maker Culture and what it might portend for a new generation of young product designers, engineers and dreamers. Maker Faires and TechShops are replacing the more traditional public school shop classes as the places where people get inspired to become participants and do-ers rather than merely spectators and consumers. Obviously, 3D printers for the home or work shop are getting smaller, lighter and cheaper, but how is the groundwork being prepared for people to become engaged with making in the first place?

Now, don’t laugh. A kid’s toy, you say? Well, a long time ago a Lego was just a colored brick that was stuck to another colored brick, and eventually these were left lying around on the playroom floor for Dad to step on with his bare feet. Ouch. But now the Lego universe encompasses multiple worlds filled with characters and machines that people of all ages can build, modify and mash up. Modular motors and controllers are available to help young people make working machines and robots that excite their curiosity to take on even more advanced building challenges.

There are Lego-sponsored competitions to see who can come up with the best new creations using Lego parts. And Lego has done a great job in creating a story arc to go with many of their toys and themes, so they’re not just stand-alone objects but characters in an ongoing fictional narrative that children get to participate in. We all love to play with toy soldiers, dolls or ships, so Lego simply combines this natural love of play with a lot of clever engineering education. And it’s a fun movie, too.

Everyone these days has access to a video camera and to the Internet. Put them together and you get YouTube and other video sharing sites like Vimeo. As an information resource generally, the Internet is the greatest repository of raw knowledge we’ve ever created, but it’s a mess. Just look at all the videos out there about kittens and their crazy antics. But if you’re a hands-on kind of person looking for a tutorial on how to tune up your bicycle, check out YouTube. Want to learn how to weld, build an Adirondack chair or, yes, use a 3D printer to make your first prototype – well, there’s a YouTube video (or fifty) out there to teach you how. The quality of the presentations are as variable as the people making them, but that’s why they’re so darn interesting. Sharing information, know-how and experience from all points of view is a wonderfully democratizing experience and encourages the most timid tinkerer to realize they are not alone and if someone else can do it, so can they. 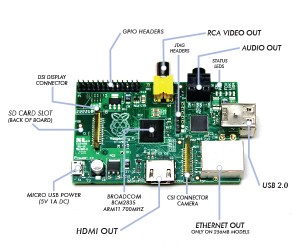 The Android operating system for cellphones is meant to be “open source”, meaning anyone with sufficient programming chops can create new apps to share with anyone else,
and of course there are millions of people doing just that. A new generation of cellphone users is perfectly comfortable with this reality, but not everyone knows how to program an app or wants to. To invite younger people to get involved in our electronic world, inventors and educators have created new hardware/software interfaces that are easy to use and program.

The award-winning Arduino and Raspberry Pi are two open-source computers no bigger than a credit card, and which can be plugged into any laptop. They contain sensors and programmable chipsets that allow anyone to reconfigure them to control all kinds of other devices, like robots or flying drones or remote cameras, or to communicate with other connected devices in a wireless local area network. We’ve talked before about the Internet of Things. These kinds of inexpensive devices invite young learners to interact with our connected world in all kinds of ways, taking away the intimidation factor of black-box computers and instead inviting learners, young and old, to create new machines that can do anything they imagine. 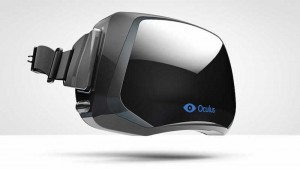 So let’s say you’ve got a great idea, and you’ve already made a sample or prototype and you believe it might be the Next Big Thing. Trouble is, you’re short on cash. What to do? Crowdfunding websites like Indiegogo and Kickstarter have revolutionized the concept of venture capital. Now, fledgling inventors and product designers, if they’re not affiliated with a large company that can support them, need only present what they have on a website, looking for small outside investors to get them started in exchange for a free gift or even a share of the company – assuming the idea becomes something. There’s little risk involved other than some sweat equity, and not every idea catches fire, but once in a while there comes along a game-changer like the amazing Oculus Rift virtual-reality headset, which started its life on Kickstarter and last year was bought out by Facebook for more than $2 billion. If that doesn’t provide some incentive for young designers to get busy making things, we don’t know what will.

We like making things ourselves, and we’ll continue to keep you updated on advances in materials, machinery and techniques for rapid prototyping and tooling. But our work doesn’t start unless there are people designing things to be made. The industrial and product designers of tomorrow will come from those young people today who are excited by the joy of learning and discovery and who now have an entire new suite of tools available to help them get started. Contact us today for a free quote on your project!

5 Reasons Why Self-Driving Cars Will Create Heaven On Earth

5 Reasons To Rethink Autonomous Cars
Sign Up for Newsletter