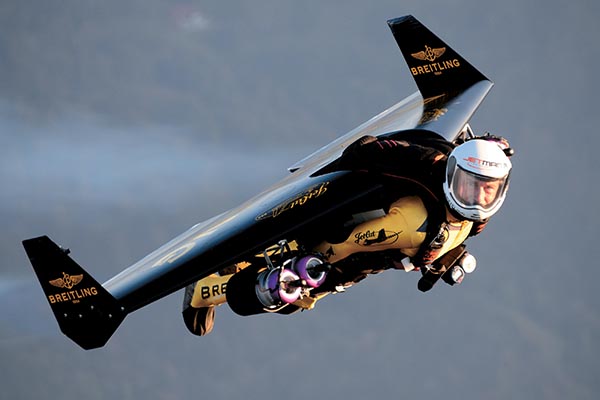 Humans have envied the flight of birds for thousands of years and we’ve been trying to replicate it for just as long. But it turns out that making a personal flying machine is a very difficult engineering challenge, which has kept this dream frustratingly out of reach for all but a few daredevils.

Now, advances in materials, manufacturing and computing are coming together in truly creative ways to produce remarkable flying machines that stretch the limit of what’s possible for individual flight. Here are some of our favorites.

The first truly wearable jetpack came from Bell Aeronautics in 1960, called the “rocket belt”. One prototype was famously used by James Bond in Thunderball in 1965, but it wasn’t very practical. Because of the limited capacity to carry fuel it could only fly for about 20 seconds. In this case the fuel was hydrogen peroxide, which vaporized into high-pressure steam when passed across a mesh of charged silver wire. 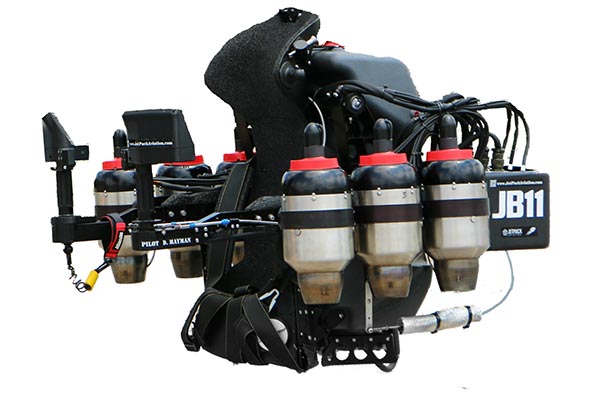 Now, JetPack Aviation of Southern California claims to have the only FAA-approved jetpack in the world. Their model JB-11 uses six (!) turbo jet engines fueled by a diesel / kerosene mix to achieve a ceiling of 15,000 ft. and a top speed of 120 mph. But it too has fuel capacity limitations, which continues to be the bane of most personal flying machines. 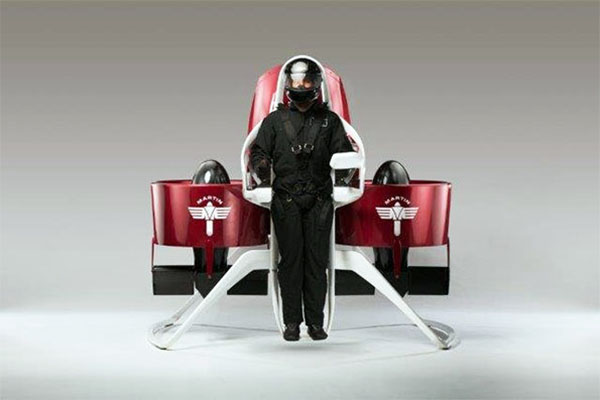 Another entrant comes from Martin Aviation in the form of the Martin Jetpack. It’s huge, with two massive ducted engines controlled with rudders. A V4 gasoline engine provides enough lift for more than one hour of flight time, or so they say. Budget limitations have so far kept this jetpack in the prototype stage. 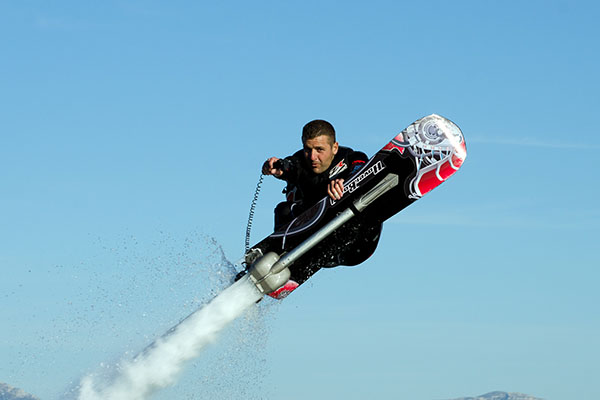 A hoverboard is simply a powered platform strapped to the bottom of your feet, not unlike Marty McFly’s in Back to the Future. In most models, lift and propulsion come from an external source, like high-pressure water supplied through a long hose. This water is then pumped out again by a jet ski motor mounted on the board.

The trick of course is for the pilot to maintain their balance while controlling the amount of lift via a hand-throttle. 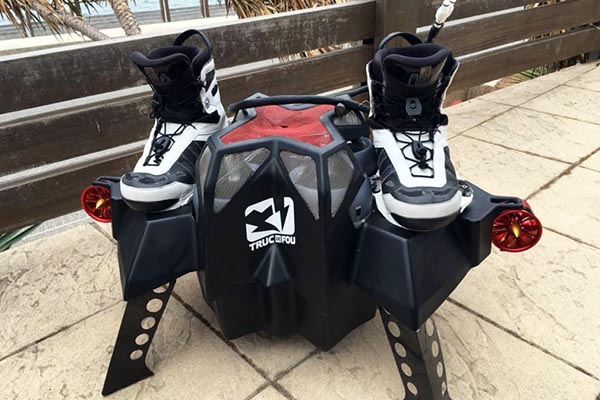 There is another type of hoverboard made famous by a French inventor named Franky Zapata, who successfully flew his creation across the English Channel (with one re-fueling stop) in August of 2019.

The Flyboard Air uses four turbojet engines, two of which are operated on an independent control circuit so they act as safety back-ups. The fuel supply is carried in a backpack, which helps to extend the flight range.

The secret to making it all work together is ultra-lightweight materials like metal 3D-printed titanium jet components and carbon fiber, as well as sophisticated computer algorithms to aid in flight stability. Not yet for sale, it’s still being tested under a grant from the French government.

More like a flying motorcycle, the Hoverbike from Hoversurf was recently tested in Dubai as a possible law enforcement vehicle. It uses four rechargeable electric counter-rotating motors mounted in a one-piece carbon fiber frame. Hoversurf created their own computer control system with multiple redundancies to aid in autonomous take off and landing. 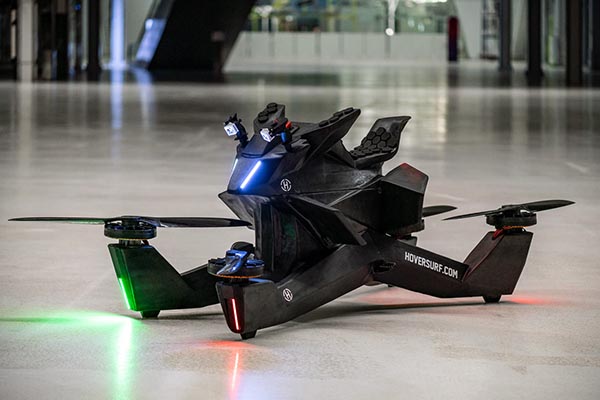 They also devised a unique battery chemistry using lithium / manganese / nickel. They say this is a very energy-dense solution which lets them boast a 20 minute flight time before needing a recharge. Impressive if true, but much depends on the weight of the pilot and their air speed. This product seems to be the one most focused on eventual commercial distribution. 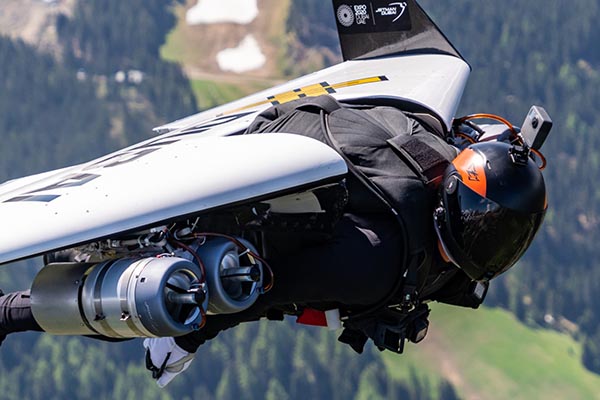 It started almost 20 years ago, when Swissair pilot Yves Rossy invented a one-man jet-powered wing that allowed him to achieve powered flight after being dropped from a plane or helicopter. Now, after much further development, the latest version of the Jetwing has more powerful engines and a sophisticated computer control system. This lets it take off vertically from a standstill like a rocket and then transition to horizontal glide to greatly extend its range.

One of the keys to its lightweight is its relative simplicity. There are no rudders, flaps or other moving parts. Control is accomplished by the pilot who uses the movement of their own body to climb, dive and turn. For this reason, it’s not likely that this will be a household item anytime soon. But on our list, this is the invention that comes closest to allowing humans to enjoy the freedom of powered flight in its purest and most elemental form.

Putting it All Together

All of these innovations rely on rapid prototypes made using a variety of advanced manufacturing services and cutting-edge materials. At Star Rapid, we work with these technologies every day to help product inventors create the next revolution. We can do the same for you when you upload your CAD files for a free quotation and project review.