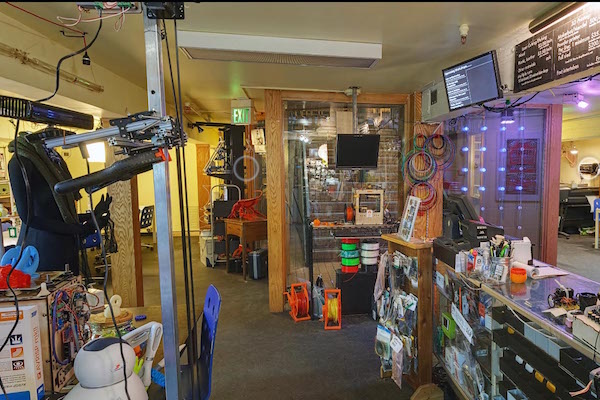 A new kind of industrial revolution is taking hold in cities and towns all over the world. It’s a grassroots movement, empowered by individuals freely sharing knowledge and using the tools of digital manufacturing. Locally based but connected by the World Wide Web, it may be the best hope yet for revitalizing manufacturing economies and saving developed cities from urban decay. And it started with hackers.

What do we mean by a hacker? Relative to computer security, hackers traditionally try to exploit weaknesses in network systems to gain illicit access to private data. But in a more benign sense, hackers also refers to anyone who takes an existing object, especially an electro-mechanical gizmo, breaks it open to take a look at the guts and figure out how it works, and then repurposes it to do something else. 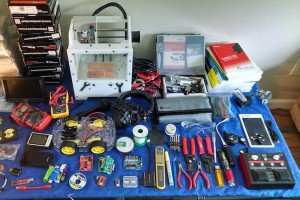 Makers are a more polite version of hackers. This may be anyone, usually a non-professional, who simply likes to make stuff, both practical and fanciful. Makers encompass the disciplines of arts and craft, engineering, prototyping, education, radical DIY and entrepreneurs who are trying to prepare a product for market.

What Is A “Makerspace”?

Known by a variety of names – makerspace, hackerspace, TechShop, Fab Lab and more – these are open membership workshops allowing access to the necessary tools for fabrication. These might include 3D metal and plastic printers, CNC laser cutters, woodworking and welding equipment. Some are no bigger than a garage, while for-profit TechShops have more than $1 million in advanced machinery available to paying members.

What Are Maker Faires®? 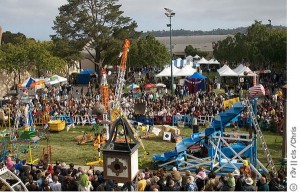 Last year there were more than 150 MakerFaires® around the world, including large national events in Washington DC, New York and San Francisco. They are increasingly acting as incubators for innovative new applications, attracting industry thought leaders and venture capitalists looking to jump on the next big thing. And they rely heavily on the phenomenon of “open source.”

What Is “Open Source”?

This may be hardware or software that freely allows the end user to modify its operation at will. An example of software is the Android operating system for smartphones, which invites anyone to create new apps for Android phones. In hardware, servo-electric controllers like RaspberryPi and Arduino let you customize them for all kinds of robotics and remote-control devices.

Why Is This Becoming So Popular?

There are three main reasons for this trend. One is the death of traditional shop classes and vocational training which used to be common in public schools, leaving a vacuum needing to be filled. We are re-learning the simple fact that making things with our hands is fun and rewarding, and is an ideal way to get people of all ages enthusiastic about learning.

Another is the increasing availability of desktop CNC machinery that is both affordable and easy to operate. These includes 3D printers, laser cutters, CNC mills and lathes and just about anything else that is needed to convert raw material into a finished object.

The third main reason is social media. Websites like make.com, thingiverse.com and shapeways.com are now set up like chat groups to let users freely share their creations, inviting comments and offering downloads of digital files between users, either free or for a small fee.

How Can This Help Revitalize Local Economies?

Many towns and cities once relied on large-scale, heavy “smokestack” industries. In the last several decades these jobs were lost as factories closed and business models shifted, but now the trend is to make use of the available workshop space and low rents.

However, an entire generation of knowledge and skill was lost in the interim. To prepare a new workforce with the skills needed for the digital manufacturing age, private companies, local governments, libraries and universities are establishing their own makerspaces to engage people’s interest. 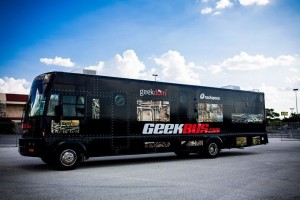 One of the more ambitious such projects is now in Cleveland, Ohio at Case Western Reserve University. Supported by private donors, the city and the university, their makerspace, called “think{box}”, is a $35 million dollar, 50,000 sq. ft., 7-story workshop that is free for the entire community to use as they see fit. A recent survey of incoming students indicated that 40% of them cited the new think{box} as a significant factor in deciding to attend Case Western. And for those who don’t have a makerspace near them, there are portable workshops on wheels like the Geekbus in San Antonio, TX, which brings STEM education to K-12 students and is sponsored by private philanthropies in partnership with civic leaders.

We love making stuff ourselves and we encourage our client partners to do the same. Experimentation, curiosity and innovation are the foundations not only of a modern educational system but also a dynamic economy, and this provides the basis for everything we do in support of bringing great new ideas to market fast. Our best customers are informed customers. Contact us to learn more about how we can work with you.